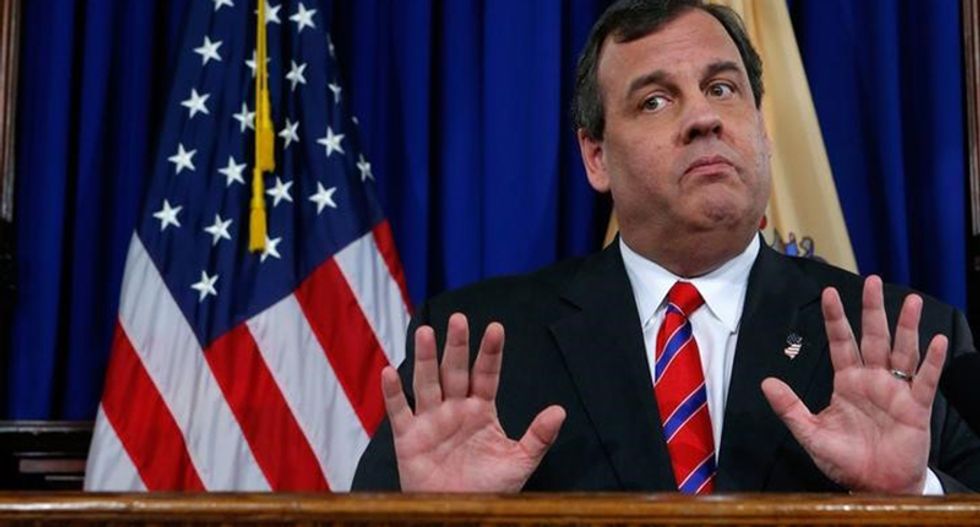 New Jersey Governor Chris Christie on Tuesday signed a budget bill ending a partial government shutdown that became an embarrassment for him when he was photographed lounging on a beach that had been closed to the public for the holiday weekend.

He said he was happy a resolution had been reached on the budget impasse, but saddened it came three days late.

"This bill is a long overdue significant reform that will have a lasting impact on New Jersey residents," he said before signing it into law.

New Jersey State Senate President Steve Sweeney told a news conference: "None of this was easy."

Assembly Speaker Vincent Prieto said the agreement to end the partial government shutdown was reached after long talks in "crisis" mode on Monday with Horizon and state legislators.

Christie was ridiculed after a newspaper captured photos of the Republican governor and his family sunbathing on a beach that had been closed to the public over the holiday weekend due to the budget standoff.

New Jersey's state parks closed on Saturday, forcing many to alter their holiday weekend plans. More than 30,000 state workers were on furlough on Monday.

In Maine, the state police, parks and offices responsible for collecting revenue all planned to work through the shutdown, the state's first since 1991. But the majority of its 12,000 state employees will be furloughed.

Members of Maine's State Employees Association rallied outside the State House to demand a budget deal from lawmakers and Republican Governor Paul LePage.

About 10 U.S. states still do not have budgets for the fiscal year that began on July 1, including Illinois, which is in its third year without an enacted budget.

While states have mostly recovered since the 2007-2009 recession, their revenue growth has not always kept pace with the national economy. In some states without full budgets, including Connecticut and Pennsylvania, lower-than-anticipated income tax collections exacerbated budget gaps and led to disputes over how to close them.

(Reporting by Brendan O'Brien in Milwaukee; Editing by Richard Balmforth)