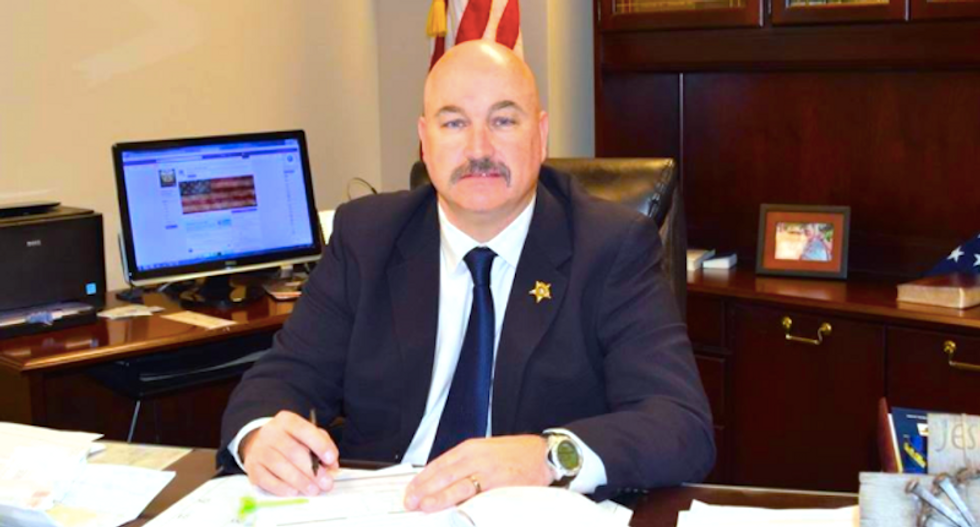 A North Carolina sheriff delivered a condescending lecture on ethics to a reporter who questioned him on a controversial prayer event he promoted in his official capacity.

The event drew a complaint from the Freedom From Religion Foundation, which objected to the sheriff's role in organizing the event featuring the daughter of evangelist Billy Graham, and an online survey claims Buchanan should be removed for violating state law and his oath of office by promoting religion on the job.

Jefferson Post reporter Jesse Campbell requested comment on the petition drive, which has drawn barely 100 signatures out of the 50,000 goal, and Buchanan responded with a lecture on professional ethics.

"Your personal bias is evident in your reporting," Buchanan said via email, echoing complaints promoted by President Donald Trump. "This is unfortunate considering the current state of our nation because of fake news.”

The sheriff attached a document listing a code of ethics for journalists, along with some unsolicited career advice for the reporter.

“The good and honest folks of Ashe County who spend their hard earn money to buy your papers are seeking truth in reporting and not personal opinions," Buchanan said. "The attachment I’ve included on this email is the ethics code for journalist. If you desire to be a real journalist and to make this a career, I think reporting the truth is an awesome beginning.”

This isn't the first time Buchanan, who was appointed to his position in January by the board of commissioners, has lashed out at reporters for asking questions he didn't like.

"We have a political divide," Buchanan told the board of commissioners in March, after his office received a records request from a Charlotte-based TV reporter. "We are going to let an outside reporter come in and start investigating the sheriff’s office? We have a small platform in the last three months, so my paper trail is very small. This is a former administration standing out and getting a reporter finding out what’s going on. This takes away from our job. I don’t understand where this comes from. I know this is political. I know they are asking for information to bring out certain things.”

When a commissioner pointed out that he'd exceeded his time limit, the sheriff scolded him about religion.

“We got to get back in this house in praying in Jesus’s name,” Buchanan said during the meeting. “If we start doing that we will be blessed.”

The previous sheriff retired at the end of last year and picked a successor, but Buchanan challenged that appointment on political grounds, saying his predecessor ran as a Democrat but overwhelmingly Republican voters in the county would prefer a GOP sheriff like himself.

County commissioners agreed 3-2, and Buchanan will finish the four-year term that expires in 2018.

The former sheriff, James Williams, earned more than 70 percent of the vote in 2014 and ran unchallenged in 2010.

Buchanan hired an attorney to respond to WTSB-TV's records request without notifying county commissioners and billed taxpayers $490 for her service, the TV station reported.

That attorney, Stacy Eggers IV, defended Buchanan from complaints about the religious event, which did not use any county funds.

"The sheriff's office parking lot is open to any group which may wish to hold a vigil or meeting at reasonable times and upon scheduling such event," Eggers said.

His office is investigating three county employees who attempted to fulfill the station's request for records, including the sheriff's cell phone records, relating to his transition into office.