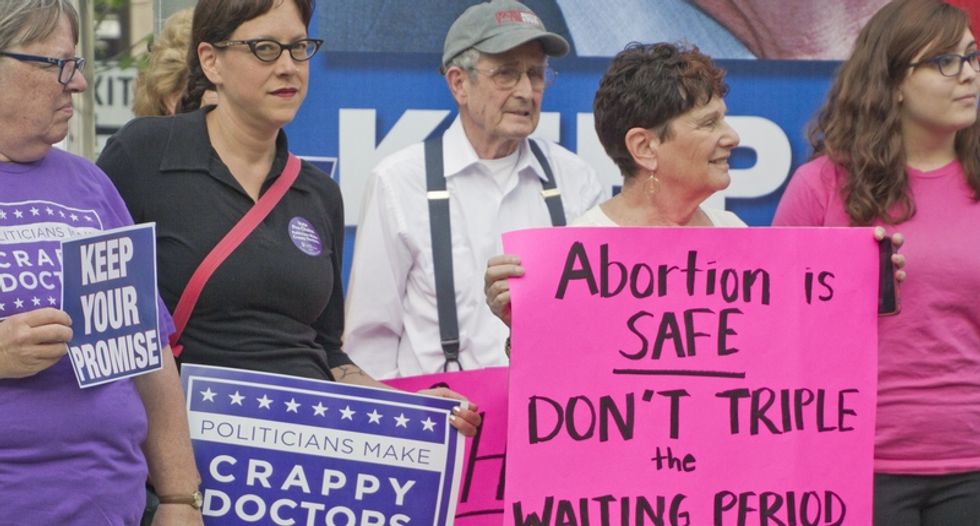 The Oregon State Senate on Wednesday voted to ratify Oregon House Bill 3391 into law a bill that would require health insurance companies to pay for abortion services at no cost to the insured woman, said Daily Kos blogger Zawn Villines on Thursday.

The provision -- which must be signed by Democratic Gov. Kate Brown to become law -- allocates $10 million to cover the costs of those procedures. The law also guarantees Oregon residents access to essential healthcare services provided under the Affordable Care Act (ACA), no matter what Republicans in Washington decide in their attempts to "repeal and replace" Obamacare, reported The Hill.

H. B. 3391's prime sponsor, State Rep. Julie Fahey (D) said, "If the ACA goes away, people in Oregon will still be able to access those essential health benefits."

Furthermore, insurance companies are forbidden under the law to transfer these additional costs to those who are currently covered, either through deductibles or copayments.

Fahey said that the law's goal is to bring Oregon in line with other states like California, Connecticut, Delaware, Washington and Maryland -- states where the law guarantees a right to an abortion even in the event that the Supreme Court overturns the Roe v. Wade decision.

“The impetus of the bill was not what’s happening at the Supreme Court, but we felt like it was important to follow the lead of those other states,” Fahey explained. “This bill has been several years in the making, so it was not directly a response to what’s been happening at the federal level.”

Villines noted, however, that ready access to abortion services benefits mothers and children.

"Poor women often struggle to pay for abortion," she noted. "As state laws become more restrictive, financial issues can render abortion inaccessible. Some women end up having later abortions -- which are more controversial, more physically taxing, and more expensive -- because they need time to save funds for an abortion."

She continued, "Research has consistently shown that women denied abortions, including those who can’t afford them, have worse pregnancy outcomes. They’re more likely to live in poverty, to remain in abusive relationships, to become depressed, and to abuse their children."