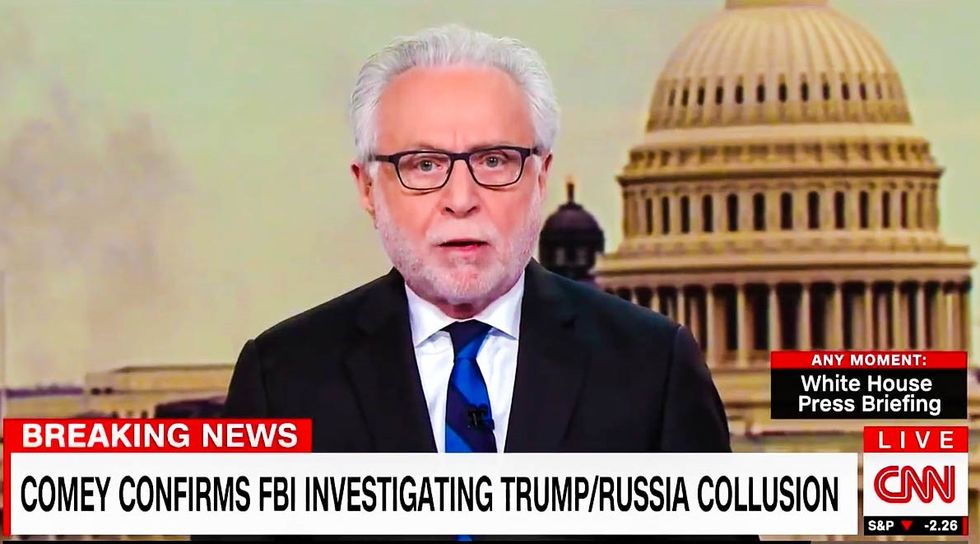 Jack Posobiec, a controversial pro-Trump activist who has attended White House briefings, hyped information on Wednesday that he claimed were the personal details of multiple CNN employees and talent.

In a message posted to Twitter, which Raw Story is not linking to, Posobiec said that he received the information from the white supremacist group 8chan.

The so-called "doxing" was said to be in retaliation after CNN's Andrew Kaczynski located the person who created a violent anti-CNN video that was shared by President Donald Trump.

With the exception of Blitzer, all of the phone numbers went to voicemail or had been disconnected. However, records showed that the CNN employees had a connection to many of the listed street addresses.

Additional alleged personal details for Fareed Zakaria and Andrew Kaczynski of CNN's KFile were available on the 8chan site. Details for family members of the employees were also posted by 8chan trolls.

Several of the phone numbers contacted by Raw Story seemed to confirm their authenticity.

CNN did not respond to Raw Story's request for comment by the time of publication.

Ed. Note: This report was updated to clarify Posobiec's role.