‘Raise this president in a way his mother never did’: MSNBC’s Mika mocks Trump failures of 'common sense' 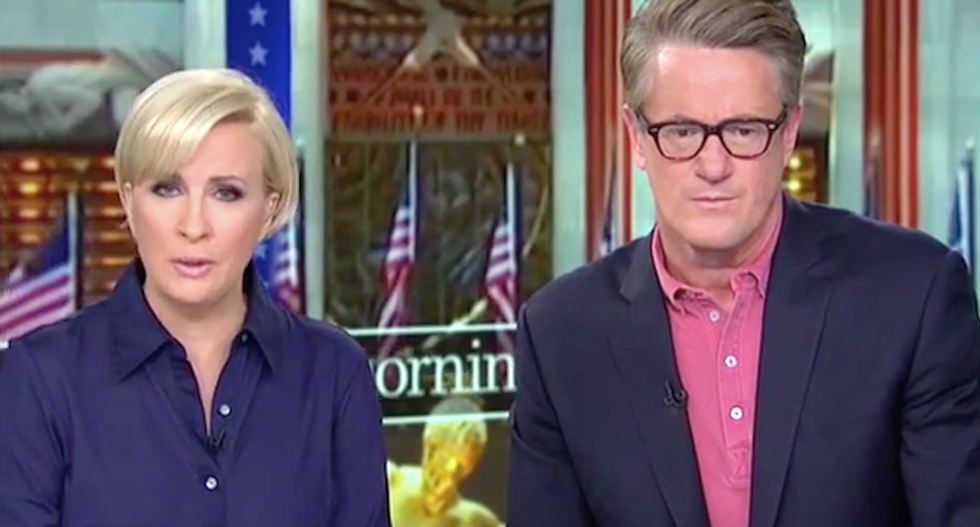 Republicans are finally starting to push back against President Donald Trump, and MSNBC's Mika Brzezinksi said they must teach him fundamental lessons in "common sense" he apparently failed to learn as a child.

Three GOP senators voted against the Affordable Care Act repeal despite the president's support, and other Republican lawmakers have spoken out against his raunch political speech at a Boy Scout event and his public call for police to use violence against suspects.

The "Morning Joe" co-host said all of Trump's failures have been self-inflicted and avoidable, but she doesn't see much chance of improvement.

"Mothers try their best, but it seems the lack of discipline -- he's 70 years old and it's very hard to understand the strategy here," Brzezinski said. "Then a lot of people call it behavior, but it is impacting our place in the world."