Ready or not, New York commuters to get taste of 'summer of hell' 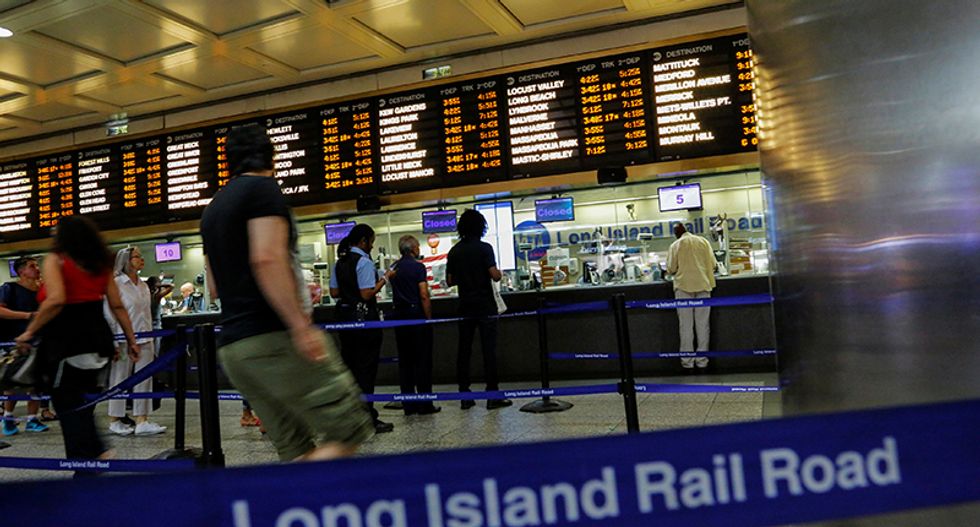 With two months of urgent repairs beginning at New York's Pennsylvania Station, commuters on Monday may get their first taste of the havoc the track work is expected to bring to the challenge of getting into and out of the largest U.S. city.

New York Governor Andrew Cuomo has predicted a "summer of hell" for commuters as scheduled repairs force a partial shutdown of the busiest passenger train hub in the country from July 10 through Sept. 1, or longer if work falls behind schedule.

Track closures mean some people find other ways into the city, including ferries, buses and PATH trains, a subway line running between lower Manhattan and New Jersey.

One harried New Jersey commuter suggested that finding a way to work every day was a task best suited for members of a club for geniuses.

"It's like some Mensa test, just trying to figure out how to get there," David Weinstock, 51, said, referring to the Mensa International, a club for people with high IQ's.

Weinstock, a public relations executive, moved to Maplewood, New Jersey, five years ago, lured by the convenient 35-minute commute by rail directly into Penn Station. But with nearly all trains on his line rerouted to Hoboken, New Jersey, he has had to piece together a makeshift plan to cross the Hudson River to Manhattan.

"It's going to become an almost two-hour commute each way, on top of 10-hour work days," said Weinstock, a married father of two young children.

With fewer platforms available, the repair work will complicate schedules for the three rail operators that use Penn Station: the national rail corporation Amtrak and the regional commuter train operators New Jersey Transit and the Long Island Rail Road.

All three have canceled some routes into Penn, rerouted others and warned commuters to expect delays on remaining trains until all tracks are up and running again. The terminal serves 600,000 riders a day.Deb Wilson, 53, a human resources executive from Montclair, New Jersey, 15 miles west of Penn Station, said she is worried about the overflow of rerouted commuters in the small Hoboken terminal during the evening commute home from New York.

"It's going to be mass pandemonium in Hoboken," Wilson said. "They should have planned better. This is pretty dramatic."

Delays at Penn Station have become routine after a series of derailments, highlighting the urgency of the track repairs. The most recent incident occurred on Thursday evening when 180 people had to be rescued from a NJ Transit train that derailed as it emerged on the New York side of a tunnel under the Hudson River.

New Jersey Governor Chris Christie on Friday demanded a "full investigation into all potential causes" of the derailment.

Deteriorating transit conditions have led to renewed criticism of Christie for canceling a new Hudson River rail tunnel project soon after taking office in 2010, saying the cost to his state was too high.

Cuomo, touted as a potential Democratic challenger to President Donald Trump in 2020, has also come under pressure to fix New York's problem-plagued subways. As governor, he controls the Metropolitan Transportation Authority, which runs the subway system as well as LIRR and Metro-North, a commuter rail line serving the city's northern suburbs that use Grand Central Terminal.

Still, the New York governor has no direct oversight over repairs at Penn Station, which is owned and operated by Amtrak.

The national rail corporation is undertaking the massive repair program and rents track and station space to NJ Transit and the MTA's LIRR.

Each railroad has devised separate contingency plans to work around the repairs, including reduced fares and alternate routes into New York.