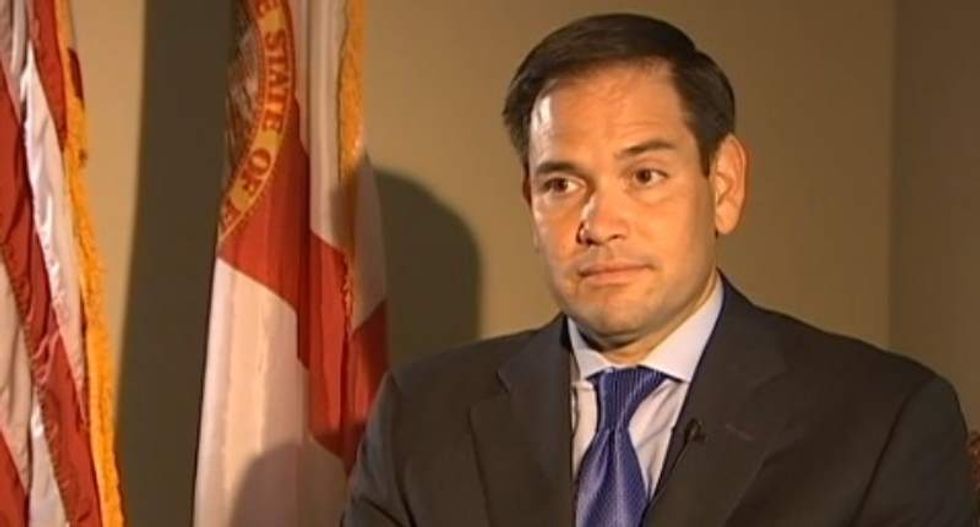 According to the Tampa Bay Times, Rubio and his staff were kicked out of Tampa's Bridgeport Center on Feb. 1 because the weekly demonstrations by activists seeking to "pressure Rubio on a variety of issues" disrupted other tenants and cost the buildings' owners too much money.

Now, a spokesperson for Rubio says they're still working on finding a replacement for one of the largest areas in the Republican senator's district.

In the interim, Rubio and his two-person staff have "improvised," taking meetings in cafes, libraries and "other public spaces" -- an arrangement that the Times noted presents its' own issues.

"Constituent services often involves working with documents that contain personal information," the report stated. "Where are those files being stored? Is there a security concern about staff toting them back and forth to meetings? If so, how is that being addressed? And where is staff working when they're not with constituents?"

Without having an office, the report noted, Rubio cannot have the kind of open office hours typical representatives have -- and because he refuses to hold town halls with the people protesting him out of fear of "hecklers," his constituents told the Times that they have had trouble tracking him down.