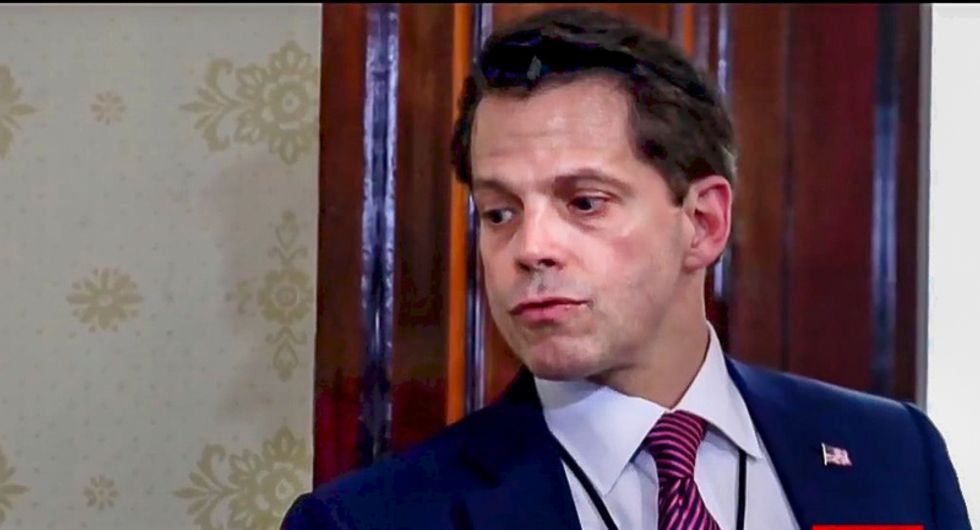 A friend and would-be publicist for White House Communications Director Anthony Scaramucci accused former White House Chief of Staff Reince Priebus of having a "mistress" over the weekend.

Arthur Schwartz, who has described himself to the media as Scaramucci's representative, has recently emerged in the media as a top defender of the communications director.

On Saturday, Huffington Post reporter Christina Wilkie revealed that Priebus accused Scaramucci of selling his business, Skybridge, to the Chinese at an inflated price with the anticipation that they would get access to Trump.

Schwartz fired back at Priebus in a tweet on Sunday in which he threatened to release evidence that the former chief of staff was having an affair.

According to CNN's Jake Tapper, Scaramucci insisted that Schwartz was just a "friend" -- even though he has described himself as a publicist for the communications director.

Despite being quoted in many media stories as @Scaramucci's publicist @ArthurSchwartz claims he is just a friend.
— Jake Tapper (@Jake Tapper) 1501416260.0

Update: Schwartz later edited his tweet and removed all references to Priebus' alleged mistress and China.