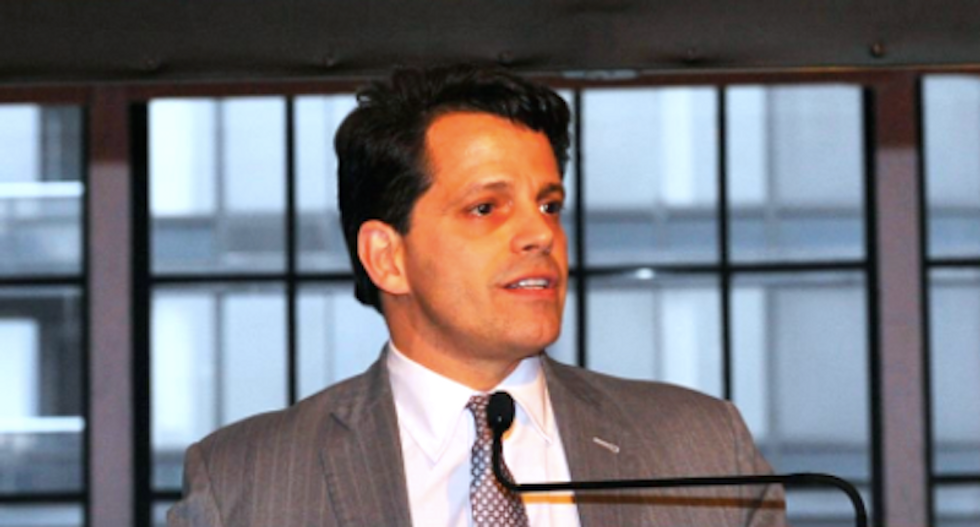 The incoming White House communications director told the magazine that FBI agents and federal prosecutors may have been revealing to him the identities of White House leakers -- which is a violation of protocols and possibly illegal, reported The Daily Beast.

“This is going to get cleaned up very shortly, O.K.?” Scaramucci told The New Yorker. “Because I nailed these guys. I’ve got digital fingerprints on everything they’ve done through the F.B.I. and the fucking Department of Justice.”

The Justice Department declined to comment on the remarks, but FBI agents and federal prosecutors told The Daily Beast that Scaramucci may have disclosed evidence of criminal wrongdoing.

“If an FBI agent turned over digital evidence demonstrating who did particular leaks, that would be wildly inappropriate,” said former federal prosecutor Ken White. “It could be illegal. It could be a felony depending on the nature of the evidence and how it was acquired. It would certainly be a flagrant breach of FBI protocol.”

The FBI strictly forbids agents from sharing information turned up in investigations with unauthorized individuals, and violators can be suspended or fired.

However, both White and a retired FBI agent told the website they didn't believe Scaramucci's comments were accurate.

“I read that and immediately thought, ‘This is dudebro popped-collar chest bumping,” White said.

But another former federal prosecutor said Scaramucci's comments presented a problem, even if his claims were empty boasts.

“The bigger problem for Scaramucci is putting an FBI agent in that position,” said former federal prosecutor Renato Mariotti. “An agent might feel pressured to comply."

Correction: A previous version of this story quoted White as saying "dumbass," but he pointed out via Twitter that he said "dudebro." We regret the error.