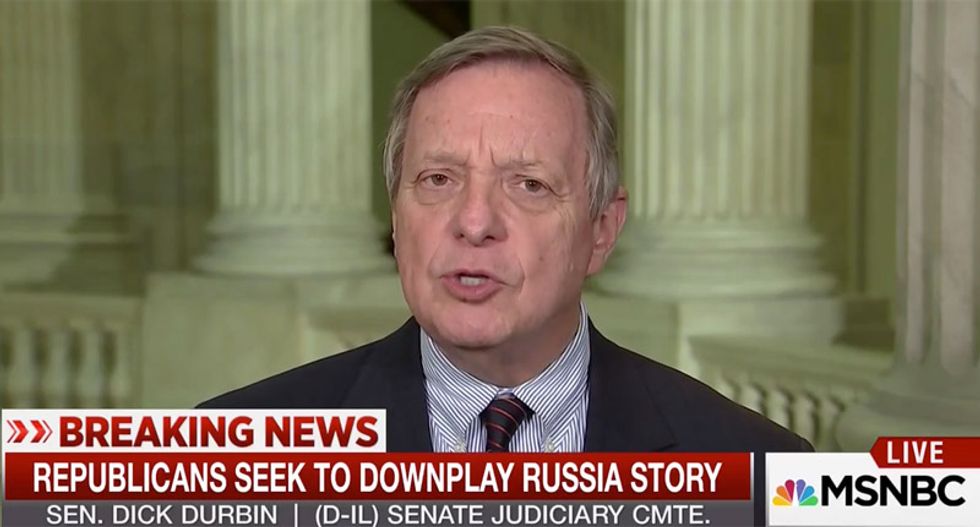 In a speech on Wednesday, Trump complained that states were refusing to hand over voter data to his election integrity commission, which was launched after the president claimed that 3 million undocumented immigrants illegally voted.

"The president may be one of the few people who believes that... 3 million illegal people voted," Durbin opined to MSNBC. "I can just tell you that that is a bizarre theory. And now he's created a commission to go pursue it. He's put in charge of that commission a man named Kris Kobach, who is well known on Capitol Hill. He's a hair-on-fire conspiracy theorist. He's going to find something somewhere."

"Luckily, a lot of states -- up to 43 -- have told them to put their request where the monkey puts the peanut," the senator continued. "They are going to protect the integrity of their voter files. And I stand behind the states that do that."

Durbin added: "Let's be honest about this. When they did an official survey about how honest American elections were since 2010, they said a billion votes were cast -- 1 billion. They found 31 cases of voter fraud. The president here sent this commission out to find some unicorns. They're not going to find them."