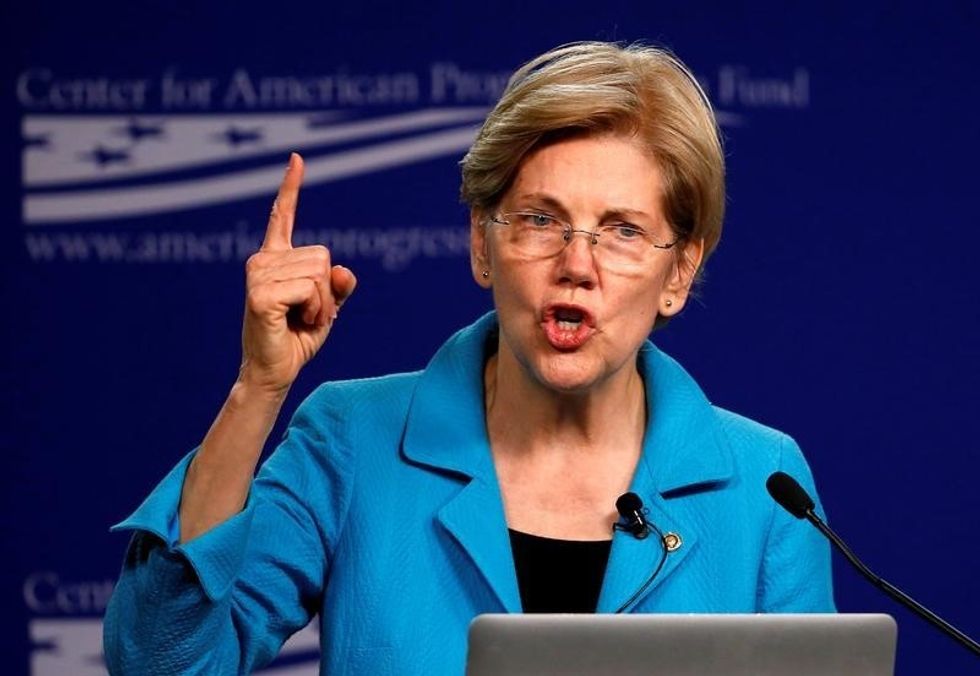 In a letter sent Friday to Yellen, Warren, a Democrat, said the recent revelation of more improper charges at the bank indicates "deep risk management problems," and called for the removal of all board members who served from 2011 to 2015, when the activity reportedly occurred.

The New York Times reported Friday that more than 800,000 Wells Fargo customers were charged for auto insurance they did not request.

Heidi Pérez-Moreno And Farah Eltohamy, The Texas Tribune
Gov. Greg Abbott vetoed 20 bills that were passed during this year's legislative session, including two criminal justice priorities of the House speaker, legislation that would have banned tethering dogs outside with heavy chains, and a bill that would have required students to be taught about the perils of domestic violence.
The 20 bills in total that were vetoed mark the fewest made by Abbott since 2005. There were 1,073 bills passed by the Texas Legislature in total.

Abbott vetoed 13 bills authored by Democrats and seven by Republicans. Twelve of the vetoes targeted bills that originated in the House, and eight were from the Senate.