'Simpsons' creator: I was told to lay off Fox News after we called it 'No. 1 with racists' 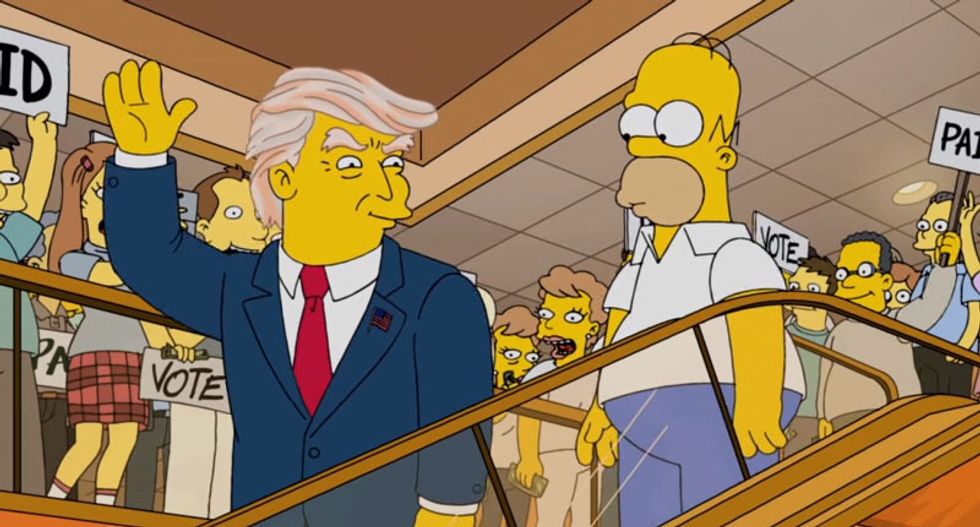 Donald Trump on an episode of The Simpsons (Screenshot)

Simpsons creator Matt Groening says that he got pressure from 21st Century Fox to lay off Fox News after his show lampooned the cable news network for being popular with racists.

During a ComicCon panel in San Diego on Saturday, Groening played clips of an animated version of President Donald Trump appearing on the Simpsons this year, and then revealed that Fox News' parent company expressed its displeasure with a joke the show made about the network.

Specifically, the show labeled Fox as "not racist, but No. 1 with racists."

"Then Bill O'Reilly called us pinheads and look what happened," Groening joked, as reported by the Hollywood Reporter.

Despite pressure from 21st Century Fox, however, no one should expect the Simpsons to stop using topical humor anytime soon.

"Our show holds up a Springfield mirror to society, so that never fails to inspire us," exec producer Matt Selman said during the panel.