'South Park' co-creator Trey Parker: Trump is using our 'outrageous' tools to get a rise out of people 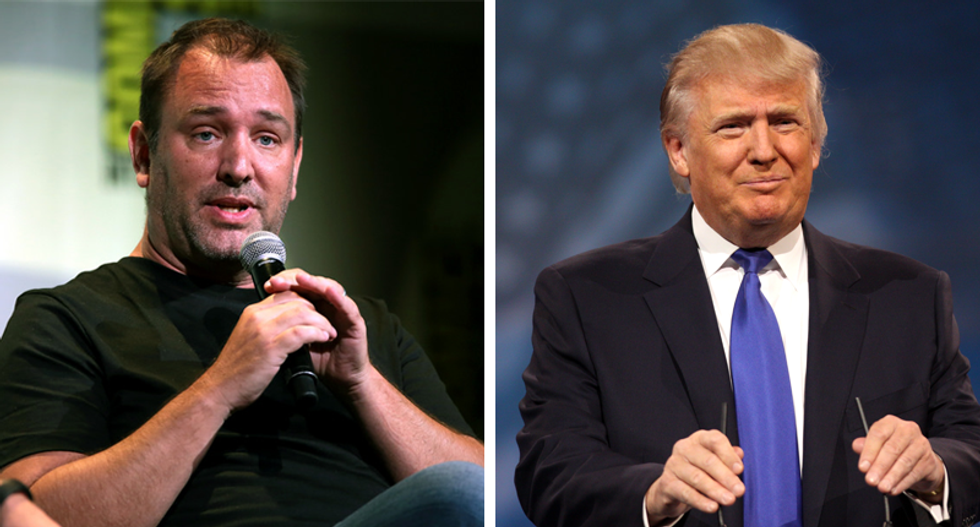 "The things that we do—being outrageous and taking things to the extreme to get a reaction out of people—he’s using those tools,” Parker told the Los Angeles Times. “At his rallies he gets people laughing and whooping.”

“I don’t think he’s good at it,” the “South Park” co-creator noted. “But it obviously sells—it made him president.”

Parker also revealed he and Matt Stone will ignore Donald Trump throughout the upcoming season of the comedic and cultural hit “South Park,” arguing the series’ focus on the president has “just gotten boring.”

“We weren’t ever really that show,” Parker said of “South Park,” insisting there’s a misconception around the show’s political and social commentary. “We would do an entire season and there would be one moment that played off something that had just happened and people would go, ‘South Park’ is the show that does that.’ And that’s just not true. We’re not.”

Parker explained he felt the show became “that show” during this past season insisting it “fell into the same trap that ‘Saturday Night Live’ fell into, where it was like, “Dude, we’re just becoming CNN now.”

“We’re becoming: ‘Tune in to see what we’re going to say about Trump,’” Parker said. “Matt and I hated it but we got stuck in it somehow.”

Parker said the show plans to return to its roots of “kids being kids and being ridiculous and outrageous but not ‘did you see what Trump did last night?’ Because I don’t give a —— anymore.”