'That was two treasons and an extortion ago': CNN's Paul Begala zings Trump's chaos-filled presidency 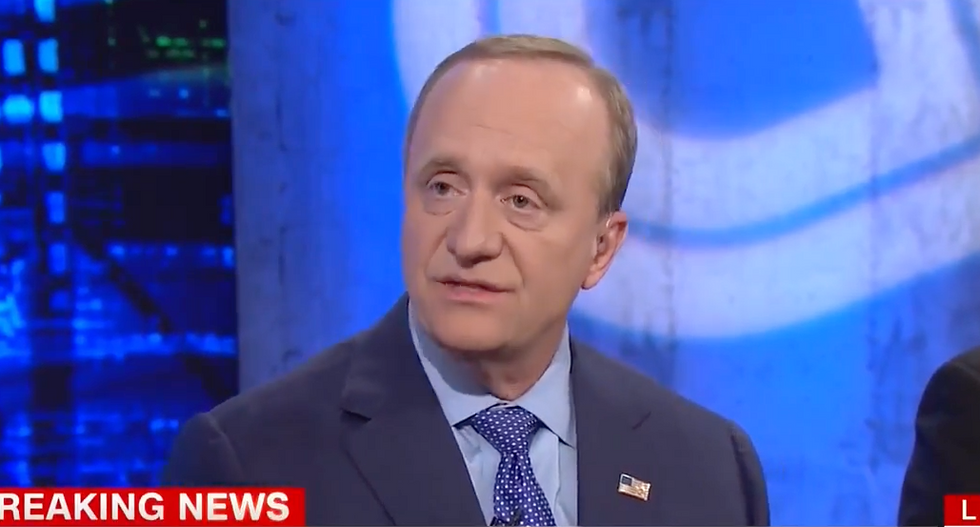 CNN political consultant Paul Begala on Wednesday mocked Donald Trump’s scandal-filled presidency with the creation of a new time-keeping method, telling his fellow “AC360” panelists that yesterday was “like two treasons and an extortion ago.”

“The president is undermining ObamaCare—President Trump is,” Begala said during a segment on the GOP’s failed healthcare push. “He is pulling back advertising to try to get young people in, he's threatening to stop these CSR [cost-sharing reduction] payments to insurance companies.”

“I will point out, and it didn't make the news because it’s like yesterday, that’s like two treasons and an extortion ago,’ Begala continued, “But Jeanne Shaheen, the Democratic senator from New Hampshire, introduced the legislation. It's a small bill but it would fix one of the big problems which is these cost sharing reductions.”

“That it's an easy fix, the Republicans in the senate wouldn't even let her bring it up,” he added “That's the thing that should be bipartisan.”

Watch the quip below, via CNN: