‘The thing that’s dead here is Obamacare’: Sarah Sanders says Dems will have to ‘clean up the mess’ 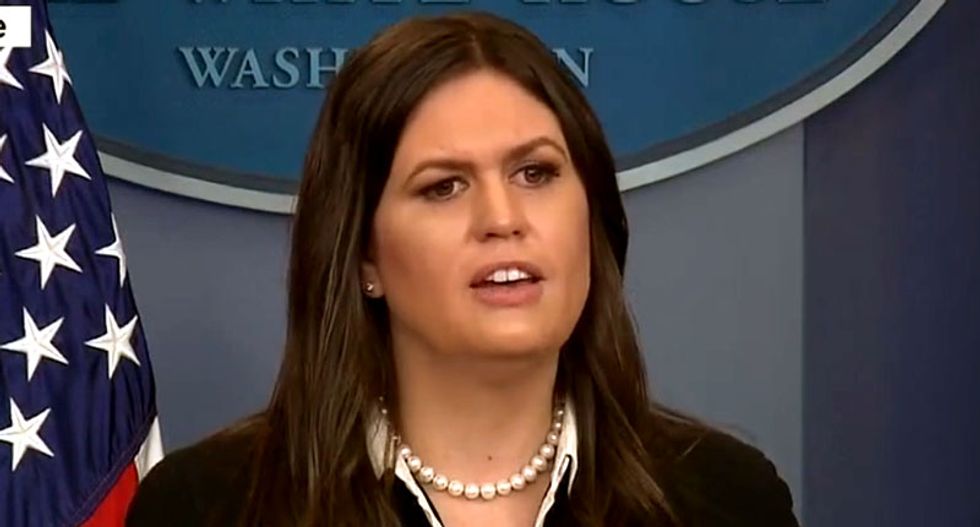 White House Deputy Press Secretary Sarah Huckabee Sanders warned Democrats on Tuesday that they would have to "clean up the mess" after President Donald Trump said he would "let Obamacare fail."

During Tuesday's off-camera White House briefing, Sanders was asked why it was "acceptable" to let Obamacare falter in the wake of the Republicans failure pass a bill in the Senate, according to reporters who were in the room.

"Hopefully with the collapse of the program [Democrats] put in place," she said, "they be more wiling to come to the table to clean up the mess."

"Hopefully with the collapse" of Obamacare, Democrats will "be more wiling to come to the table to clean up the mess," @SHSanders45 says
— Jennifer Epstein (@Jennifer Epstein) 1500403282.0

“Ideally I think it happens as soon as possible,” replies @SHSanders45 when asked about #HealthcareBill timetable.
— Steve Herman (@Steve Herman) 1500403334.0