'There's something, there always is:' Trump accuses nearly all states of being part of voter fraud conspiracy 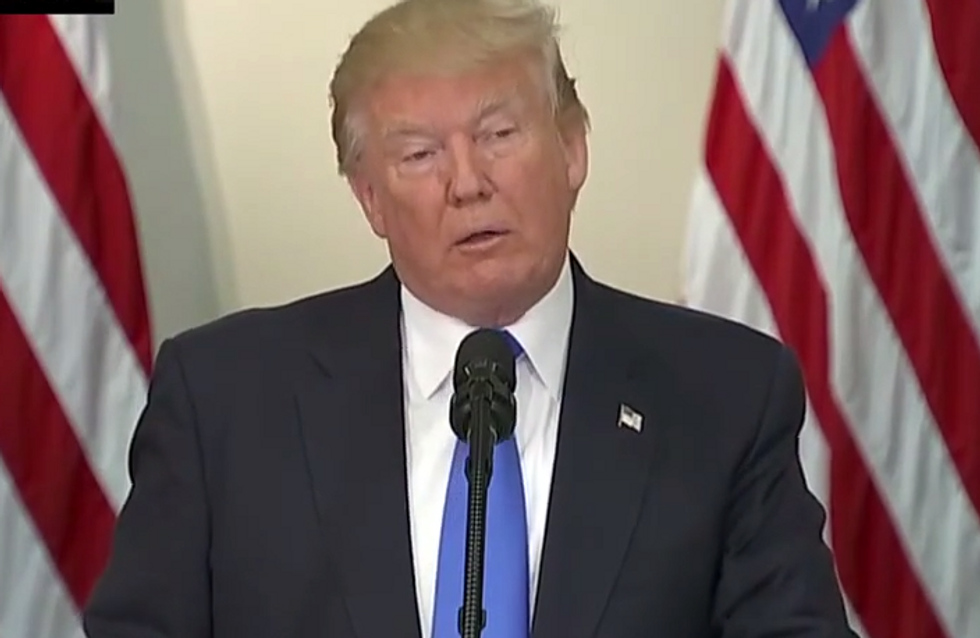 A total of 44 states so far have refused to completely comply with the Trump voter fraud commission's request for information about their voter rolls -- but President Donald Trump seems to think they're all hiding something.

While introducing the first public meeting in his "voter fraud" commission on Wednesday, the president said that it was likely that the 44 states were reluctant to hand over all requested information on voters -- including the last four digits of voters' Social Security numbers -- because they were trying to conceal wrongdoing.

"If any state does not want to share this information, one has to wonder what they're worried about?" the president asked rhetorically. "What are they worried about? There's something, there always is."

Trump's voter fraud panel was founded after the president alleged that he only lost the popular vote to Democratic rival Hillary Clinton because she received millions of "illegal" votes in states such as California and New York. To date, the president has not produced any evidence to back up this claim.

The commission has proven controversial among many state attorneys general, however, as it has requested states hand over key information about their registered voters that may include the last four digits of their Social Security numbers.