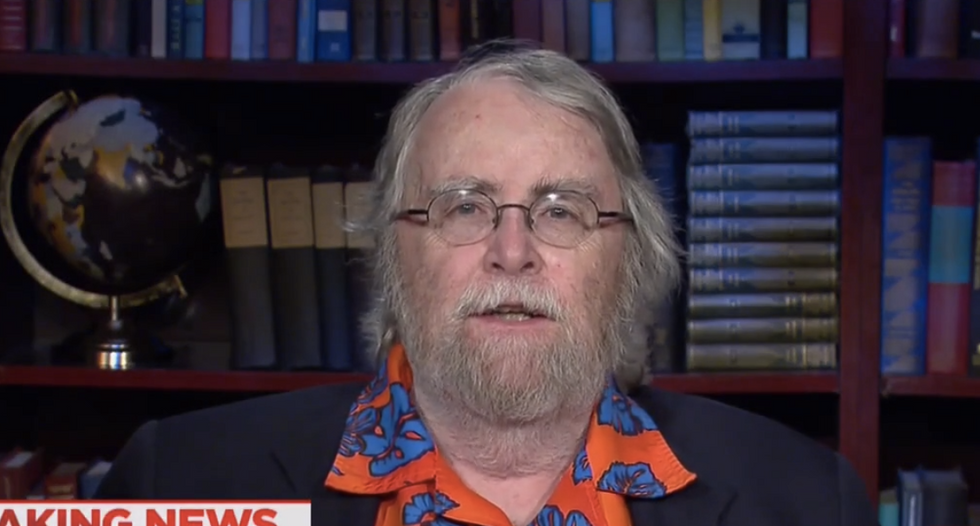 Esquire columnist Charles P. Pierce blasted new White House Communications Director Anthony Scaramucci for his attempts to back away from his profane rant at The New Yorker's Ryan Lizza.

First, Scaramucci apologized for his "colorful language," but didn't back away from the substance of his remarks. He later tweeted that Lizza took advantage of him by publishing his off-the-cuff remarks.

Pierce was disgusted by the attempt to duck blame for his actions.

"What are you, five?" he said. "You call up a reporter and you unburden yourself and you don't tell him it's off the record and you don't think the guy's going to print it? My lord, I mean, come on, here."

Pierce went on to say that "government by absurdity can only go on so long and then things start to crack."

He pointed to the Joint Chiefs of Staff's rejection of President Donald Trump's announcement that trans men and women will be banned from serving in the armed forces.

When uniformed military personnel ignore the orders of the president, Pierce said, "the crack is getting deeper and moving into very, very dangerous territory in terms of the structure of the whole government."