‘Think about who you are defending’: CNN's Chris Cuomo hits back at right-wingers in ambush interview 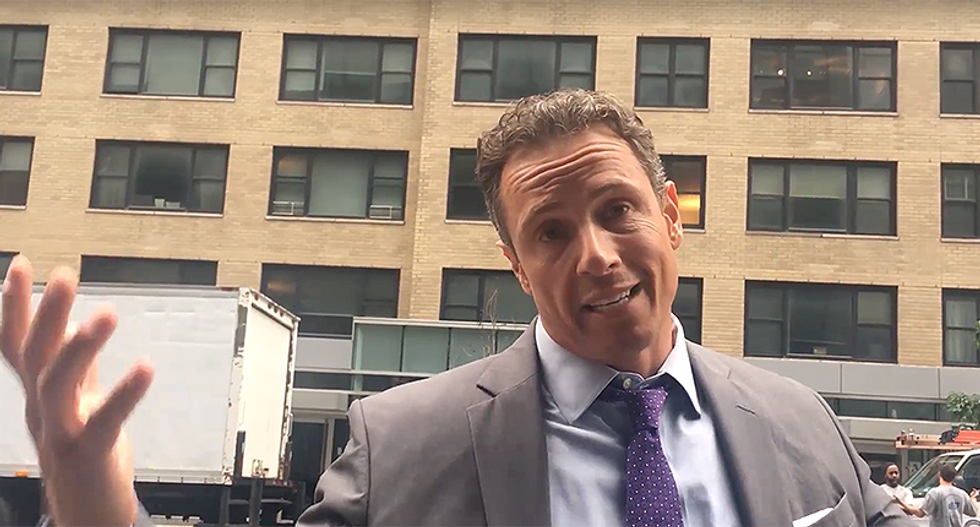 Alt-right agitator Laura Loomer ambushed CNN's Chris Cuomo outside of the New York headquarters demanding to know why he advocated extortion. It didn't go well for her.

"There was no encouraging and extortion. He wasn't a teenager," Cuomo told Loomer. "The reason I took the tweet down was because a decision had already been made. I thought it was more conditional whether or not his name was going to be released and it wasn't. His name was already going to be kept because of his own actions and their concerns about his own privacy. So it didn't make any sense, so I took it down."

Loomer asked if CNN should be "targeting citizens" over graphics they don't like and Cuomo told her that wasn't what happened.

"I think you should look at the content that was on that site and think about who you're defending," Cuomo said before getting into a car.

CNN security then escorted her away. Wednesday, CNN released a statement that they have no intention of releasing the man's information and the man who made the meme is not a 15-year-old boy, as the right has "reported."