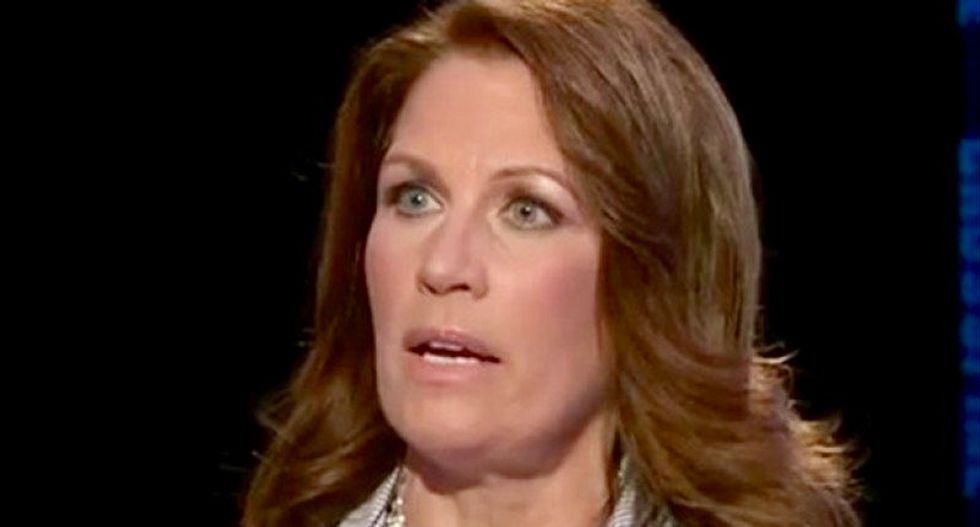 Michele Bachmann suggested a Muslim police officer shot a yoga teacher in Minnesota because he was angry the woman was wearing pajamas in public.

The former Republican congresswoman spoke for about 45 minutes Tuesday night before a Republican gubernatorial forum in Waconia, where she praised President Donald Trump and Vice President Mike Pence as "regular" guys who don't mind being called racist, reported the Star Tribune.

"These are two of the most normal, regular, everyday, average people -- and one of them is a multimillionaire," Bachmann told the crowd of about 100. "(Trump) has 1950s sensibilities, which is a great decade."

Bachmann, who serves on a White House advisory board on faith issues, urged the GOP candidates in the room to focus on Minnesota's changing demographics, which includes an influx of Somali Muslims and other immigrants.

"We are bringing in massive welfare dependency, and we are losing the most productive from our state," Bachmann said.

She said Minnesota had gained a "reputation for terrorism," bringing up a 2016 stabbing attack in St. Cloud mall, and called on elected officials to stop worrying about "political correctness."

"That's what I see in Minnesota — too many people who are afraid of being called 'racist,' 'bigots,' 'Islamophobe,' " Bachman said. "I'm not afraid of it."

She suggested Minneapolis police officer Mohamed Noor, who is Muslim, shot and killed Justine Damond over the weekend for "cultural" reasons, according to the Star Tribune.

"We had a man, Muhamad Noor, who was an affirmative-action hire by the hijab-wearing mayor of Minneapolis, Betsy Hodges," Bachmann said.

The newspaper didn't provide Bachmann's full quote on Noor's alleged cultural motivation, but the former GOP lawmaker told the right-wing WND earlier Tuesday that Noor may have snapped after suffering a "cultural seizure" at the sight of a woman wearing pajamas.

“The shooting makes no sense, and Noor comes from the mandated cover-up women culture,” Bachmann told WND. “That’s why I’m wondering if they’ll ask whether his cultural views led him to shoot her. That’s something, if true, I can’t imagine the progressives would allow to get out."