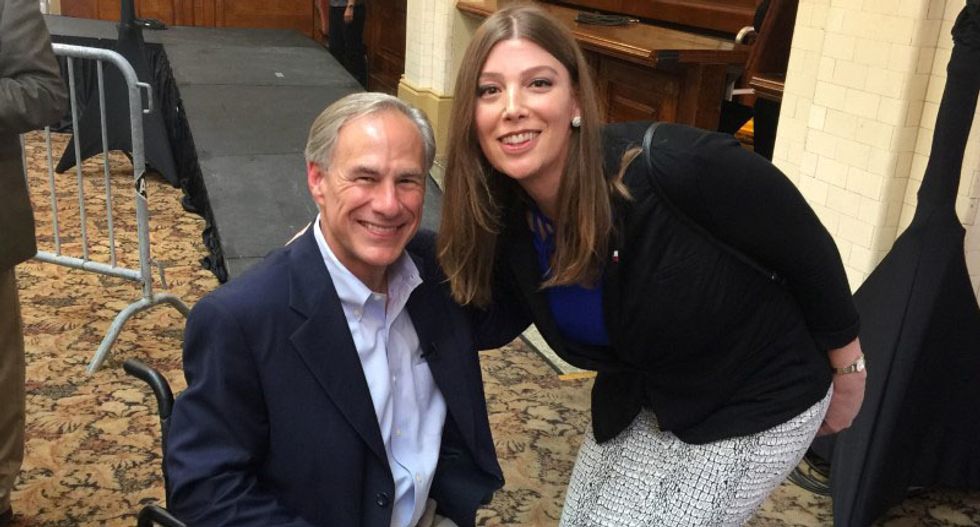 Smith, a 45-year-old transgender woman from San Antonio, posted the photo with Republican Abbott on social media last weekend with hashtag #BathroomBuddy. The Texas governor has asked lawmakers to consider a bill restricting access for transgender people to public bathrooms.

"How will the Potty Police know I'm transgender if the Governor doesn't," she captioned the photo on Facebook and Instagram that has been shared globally.

The governor's office has not commented on the photo.

"I wanted to show that transgender are all over the place. Some transgender don't pass as easily as I was able to with the governor," Smith said in a telephone interview on Wednesday.

The Texas legislature began a special session this week with one item on the agenda being a measure to restrict access to bathrooms and locker rooms based on the gender listed on a person's birth certificates and not the gender with which they identify.

The so-called "bathroom bills" have been a flashpoint for U.S. cultural wars, with supporters saying they protect public safety and critics seeing them as discriminatory. If enacted in Texas, it would mean Smith could be forced to use a men's bathroom in public places.

"We're just ordinary people and we don't cause trouble in restrooms," Smith said.