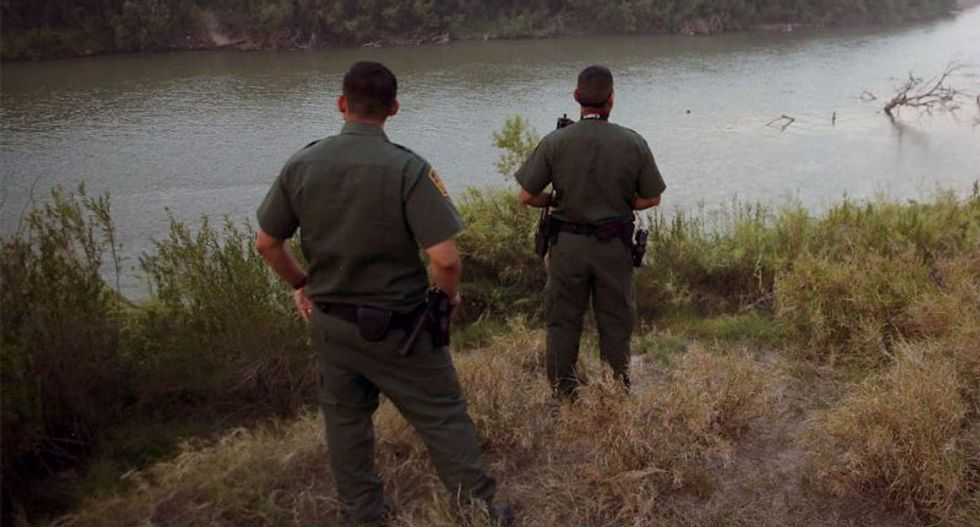 U.S. immigration authorities signed deals on Monday with 18 of Texas' 254 counties to expand a program that allows jailers at local sheriffs' offices to cooperate with federal authorities in immigration enforcement.

The deal signed at a sheriffs' meeting in suburban Dallas comes as both the administration of U.S. Republican President Donald Trump, and Texas, the most populous Republican-controlled state, seek to crack down on "sanctuary cities," places that shield immigrants who are in the country illegally.

U.S. Immigration and Customs Enforcement reached what is known as a 287(g) agreement with the counties. The deal trains local agents in the sheriff's offices to check if the people they have in custody may be in violation of U.S. immigration law.

The program has been on the books since 1996 and allows the Department of Homeland Security to enter into formal written agreements with state and local police departments for officers to perform some of the functions of federal immigration enforcement officials.

"There’s no doubt that arresting removable aliens in a jail is safer for the officers, safer for the community and even safer for the alien himself," Acting ICE Director Tom Homan told a news conference.

A.J. Louderback, sheriff of Jackson County, told the news conference that his county southwest of Houston joined the program to control criminality.

The sheriff of Harris County, the most populous county in the state and home to Houston, dropped out of the program earlier this year, saying it cost his office too much in terms of manpower and money.

The new agreement in Texas is for jails, but a task force model of the program has been used to allow police on patrol to check on people's immigration status. Civil rights groups contend the method promotes illegal racial profiling.

Former President Barack Obama's administration wound down the task force model and only six new agreements were added between 2012 and 2016, according ICE, part of Homeland Security.

With the addition of the 18 programs in Texas, ICE now has 60 active 287(g) agreements, nearly double the number of programs that were active in 2016.

The mandate to expand the program was outlined in an executive order on immigration enforcement signed just days after Trump took office in January.