Trump angrily rants that 'Obamacare is death' – and it backfires hilariously 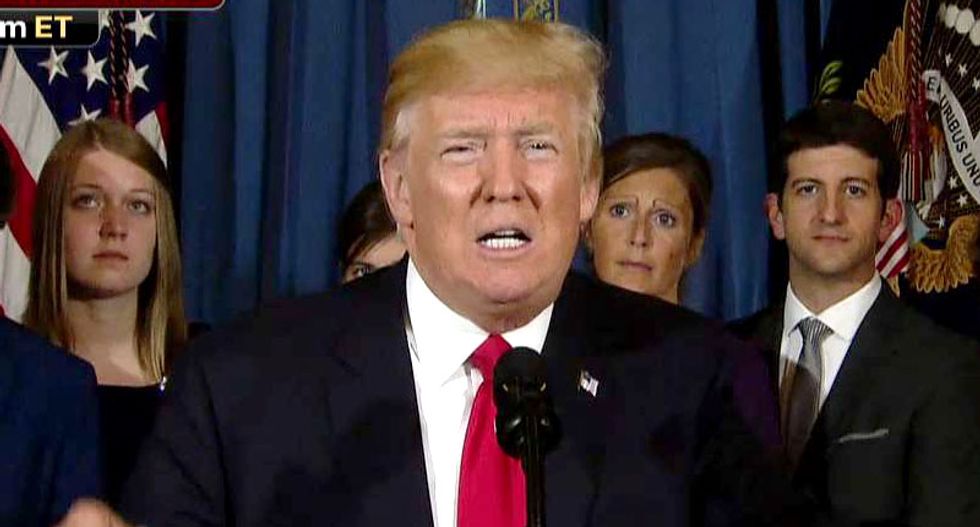 During a speech at the White House on Monday, President Donald Trump declared that "Obamacare is death."

"They run out they say death, death, death -- well Obamacare is death. That's the one that's death," Trump said from the Roosevelt Room.

Trump was flanked by Americans who he described as victims of Obamacare, which is officially known as the Affordable Care Act, as he gave his speech. He claimed the health care law had "wreaked havoc on the lives of innocent, hard working Americans."

But the president's claim that Obamacare was "death" quickly ignited mockery on social media.

Obamacare is health care! Trump wants you and republicans to drink the Kool Aid just like they did in Giana. That turned into death for all.
— Althea White (@Althea White) 1500926077.0