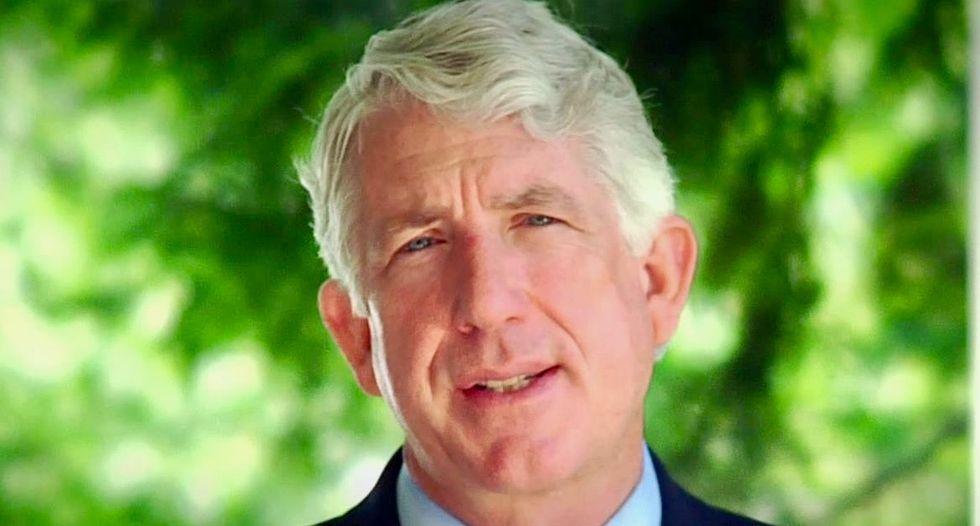 This election cycle, the lifelong Democrat who lives on a farm in Powhatan County, Virginia, upped the ante, donating $6,500 so far to Herring's re-election bid. "These are desperate times," she said.

Like many Democratic state attorneys general, Herring has made legal challenges to the agenda of President Donald Trump a priority. He joined with attorneys general in other states to challenge Trump's executive order banning travel to the United States from six predominately Muslim countries and to defend former President Barack Obama's Clean Power Plan, which aims to slash carbon emissions.

Those fights, and the prospect of others, are drawing record amounts of campaign contributions into attorney general races in a number of states, according to campaign finance records and more than a dozen interviews with attorneys general, challengers, political operatives and donors.

Attorneys general, who as the top elected legal officers in each state are charged with defending state agencies from lawsuits as well as initiating litigation on their own, have always helped shape national politics.

But their influence grew during the Obama administration, when Republican attorneys general regularly sued the administration over immigration and the environment. Now, with Republicans controlling the White House and Congress, Democrats are using the same playbook to challenge some of Trump's initiatives in the courts.

Donors from both parties have taken notice and are pouring money into upcoming attorneys general campaigns. In his most recent campaign filings, Herring reported raising about $2.8 million through the end of June - over three times more than he had at this point during his campaign four years ago.

"What I am seeing is a lot of energy," Herring said.

Herring's Republican challenger this November, John Adams, has also done well. A corporate defense lawyer who worked in George W. Bush's White House, Adams has raised about $1.5 million, roughly 26 percent more at this point than the Republican candidate in Virginia had in 2013.

"When I first ran in 2012 I would tell people this is one of the most consequential offices, and people would give me a funny look," said Bob Ferguson, Washington state's attorney general who successfully sued to block Trump's first travel ban. "I don't get that look anymore."

The national fundraising arm for Republican attorneys general, RAGA, announced raising a record $7.4 million in the first six months of 2017, 45 percent more than at this point during the last election cycle in 2015. Republican AGs have filed legal briefs defending Trump's travel ban and other policies.

"The substantive work we are doing helping the Trump administration, but also weighing in on a lot of regulatory issues, is motivating people," said West Virginia attorney general Patrick Morrisey, RAGA's chairman.

Meanwhile, the Democratic AG's counterpart, DAGA, raised about $3.1 million between January and June, DAGA executive director Sean Rankin said, 73 percent more than in the first half of 2015.

To be sure, some donors are motivated by more than simply whether a candidate supports or opposes Trump. C. Boyden Gray, who served as a White House counsel and then Ambassador to the European Union under two Republican presidents, doubled his donation in the Virginia AG's race this year, largely because he thinks Adams has the talent to aspire to even higher office.

But Gray also said he recognizes the growing stature of attorneys general.

"They've upped their game over the last decade," Gray said.

RAGA decided this year to end a longstanding custom to avoid spending money against Democratic incumbents, and DAGA followed suit. Neither committee has yet filed individual donor lists for the first half of 2017; the deadline is Monday.

Republicans currently hold 29 state AG seats across the country. Next year, 32 AG elections are scheduled including the District of Columbia.

In Wisconsin, Republican attorney general Brad Schimel has raised about $454,000 through the end of June, even though he is not up for reelection until November 2018. In his 2014 campaign Schimel had not raised that much until about three months before his election.

A representative for Schimel did not return requests for comment.

Kaul's campaign has already drawn RAGA's attention, which funded a web site targeting him. RAGA has also funded online ads against Iowa Attorney General Tom Miller, who is expected to run for reelection next year, and set up a website attacking Aaron Ford, a Democratic state senator in Nevada eyeing an AG run in 2018.

In Colorado, four Democrats are currently vying for the AG nomination. The fundraising leader, Phil Weiser, served as a technology advisor in the Obama White House and has raised about $355,000 through the end of June, almost four times more than the Democratic candidate had raised at this point in 2013.

The incumbent, Republican Cynthia Coffman, has disclosed about $40,000 in contributions to her AG committee. However, Coffman is also mulling a run for governor, and it is unclear whether donors are awaiting her decision before they write checks.

Coffman did not respond to a request for comment.

Weiser, who has made fighting Trump the centerpiece of his messaging, says Democratic donors are making a "sophisticated investment" to confront the administration.

(Reporting by Dan Levine in San Francisco and Lawrence Hurley in Washington; editing by Sue Horton and Paul Thomasch)