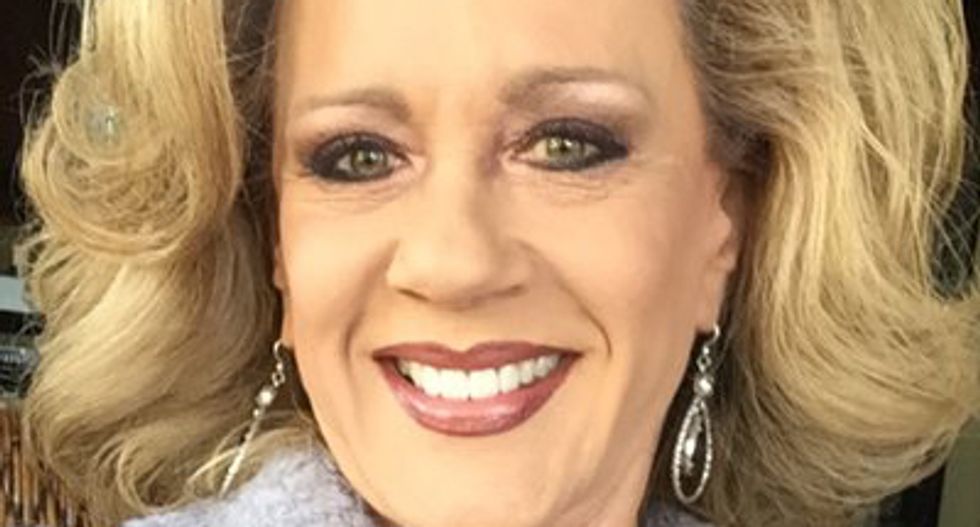 “Amen,” Orrock wrote in her retweet, which linked to an article focused on McCain’s foreign policy positions (the post she retweeted contained the hashtag “Neocons”—a political movement that advocated for the use of military force to push a pro-democratic agenda.

Orrock told CNN she’s not a “big fan” of McCain, but added she does not want the Arizona senator to die. She insisted her “amen” was in support of the “sentiments” of the article.

McCain is recovering from a surgery to remove a blood clot “above his left eye.” Experts say the surgery is more serious than the senator originally led on, with a recovery time that will likely extend several weeks. McCain is due back in Washington D.C. as soon as possible to place a critical vote for the GOP’s latest healthcare plan.

As CNN notes, the article Orrock retweeted literally called for McCain’s death. "If you're waiting for the part where I say I'm just kidding and would never wish death on anybody, please allow me to make myself clear,” the author wrote. “I sincerely, genuinely hope that Arizona Senator John McCain's heart stops beating, and that he is subsequently declared dead by qualified medical professionals very soon.”

According to her Twitter page, which includes references to "America First" rhetoric, she is an avid supporter of Donald Trump.

The president—who’s previously insisted the Arizona senator is not a war hero because he was captured and imprisoned during the Vietnam War—wished McCain well, adding he expects the senator to return to Washington “very soon.”

“We miss him,” Trump said. “He is a crusty voice in Washington.”

In addition to thanking well-wishers, McCain’s daughter Meghan McCain on Monday took aim at the media and politics website Mediaite for posting an article entitled, “Why is the Senate Filled With Decrepit Old People?”—which featured a photo of McCain.

"I can't express to you how disrespectful and gross this headline is—and how deeply insulting I find it,” Meghan McCain wrote. “Shame on all of you.”

I can't express to you how disrespectful and gross this headline is - and how deeply insulting I find it. Shame on… https://t.co/DIMPknZUgI
— Meghan McCain (@Meghan McCain) 1500314907.0

Russian lawmakers approved legislation on Wednesday to create a patriotic youth movement in a move reminiscent of Soviet-era youth organisations.

President Vladimir Putin will be asked to head the supervisory board of the movement which will seek to streamline and champion government efforts to enhance patriotic and Russian values among children and the youth.