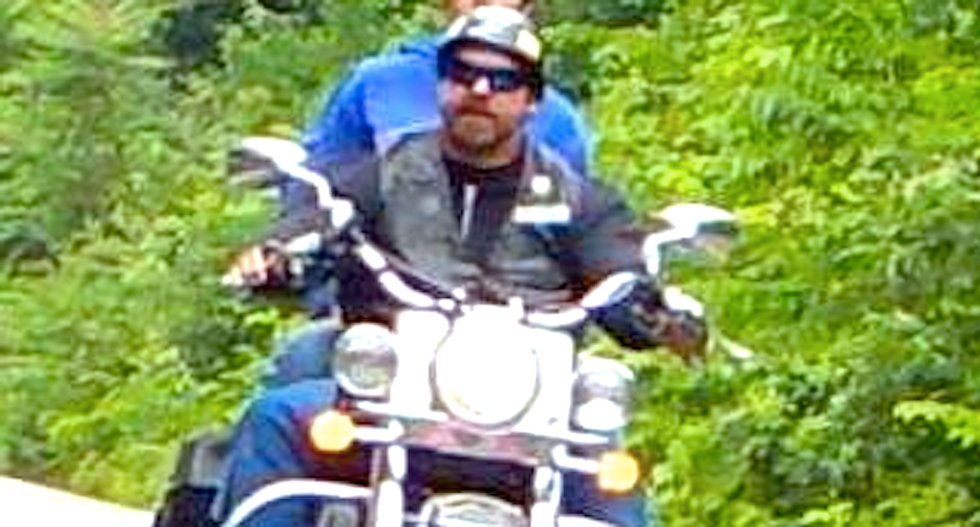 The president is scheduled to hold a campaign rally Thursday afternoon in Huntington, and one of his supporters warned protesters they would be shot for blocking roads, according to local news website Downtown Huntington.

The website posted a screenshot of the threatening comments posted by Dana Capron, a gun-loving Trump supporter who frequently comments on online news stories.

"Calling all armed conservatives, if we go then we go armed," Capron posted on his Facebook page. "Not for the rally but for the protesters. Let's give the protesters what they want ... Bring everything you have or can bring."

"We start with anyone blocking the streets then we clear the protesters once and for all, by any means necessary," Capron added. "Let's show them that this is not Commiefornia and we deal with protesters faster."

Capron's social media accounts have been deactivated, and Downtown Huntington reported that his Facebook post was under investigation by local and federal authorities, including the U.S. Secret Service and the FBI.

Capron, who claims ties to the III% militia movement, has fantasized online on various websites for months about killing protesters, and he issued a specific threat against filmmaker Michael Moore in a July 1 post on Twitter.

"If Michael Moore wants to rise up, then let us take our arms and rise against him. His death will be sweet," Capron tweeted, in a cached Twitter post. "Kill them all #zerosympathy."

"Oh and if the militia were to be there and and anything were to get started," he added, "they would handle it very swiftly and there would be a lot of so called innocent liberals face down dead in the streets and that would be a welcome sight to me."

He also called for jailed protesters to be mistreated as punishment for opposing Trump.

"A couple days with nothing is the only way to go for them," he posted. "Simply walk away and forget that they are there. That should fix them really good. Personally I don't care if they ever get fed or out for that matter."

Capron posted elsewhere about his intention to carry firearms across state lines into Kentucky and Ohio in possible violation of the law.

"I carry everywhere because I don't know what will happen," Capron posted. "In fact no one knows what will happen. Tonight I'm going to go to a protest and I will be a protester. Our city is so corrupt and we will all be there, think I won't carry. It's a constitutional carry state so we don't even need permits to conceal. I have no problem doing what's necessary to protect my wife and myself."

He also warned darkly that Hillary Clinton would impose a violent anti-Christian agenda if she was elected.

"They want all of us dead and our children's blood splattered all over the roads so they can dance in it to the devil's tune," Capron posted on The Hill website. "All Christian women who are pregnant will be rounded up and forced to have an abortion then then taken to a courtyard and shot in the back of the head. Any man found to be a Christian will be shot where they stand even in the churches. We will have to hide our faith, bibles and guns."