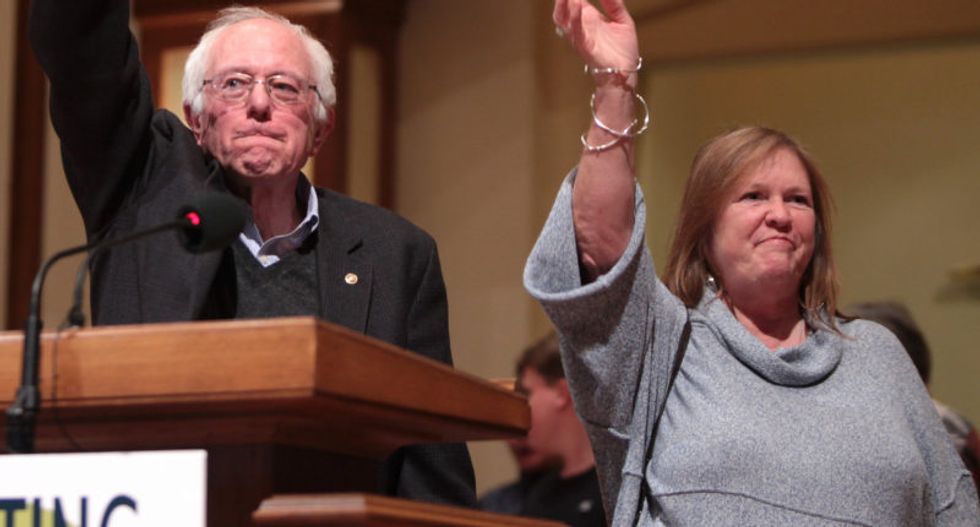 A new report reveals that headline-grabbing allegations that Jane Sanders, wife of Sen. Bernie Sanders (I-VT), had committed bank fraud came from a secondhand source -- the minority leader of the Vermont House of Representatives.

According to the Associated Press, Republican lawyer and former Donald Trump campaign leader Brady Toensing accused Sanders of fraud based on information he got secondhand from Republican State Rep. Don Turner.

The report also noted that Toensing served as a representative in Vermont for Trump's campaign last year, and continues to stand by the allegation despite acquiring the information indirectly.

"This was not a country store, cracker-barrel rant," Toensing said.