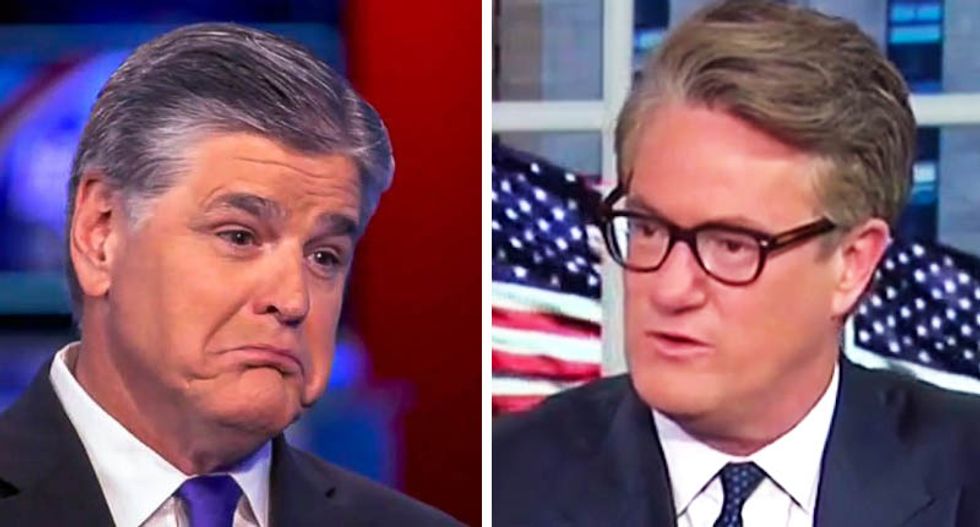 Buried deep within a New York Times look at the deteriorating relationship between President Donald Trump and MSNBC host Joe Scarborough, the Morning Joe host revealed that an angry Trump once threatened to pull an invite for lunch because Scarborough was too tough on White House adviser Stephen Miller.

According to Scarborough, his relationship with the Trump took a turn for the worse shortly after the inauguration and hit a particularly rough patch  after Miller's disastrous star turn on Sunday morning cable shows.

Described as a screaming over the telephone by the MSNBC host, Scarborough claimed Trump demanded he and co-host Mika Brezinski ease up on criticizing Miller.

“It went back and forth for 20 or 30 minutes and it was a very ugly call,” Mr. Scarborough explained. “He was screaming at me saying, ‘Why are you being so tough on this kid — I invited you to lunch at the White House, and you know I could have invited Sean Hannity,’ and I said, ‘Well, invite Sean Hannity — we’re not going to be schmoozed because you gave us some fish.’”

The relationship has since hit rock bottom with Trump on Saturday morning with the president calling the Morning Joe co-hosts, "Crazy Joe Scarborough and dumb as a rock Mika."

You can read about the whole tragic break-up between Scarborough and Trump here.