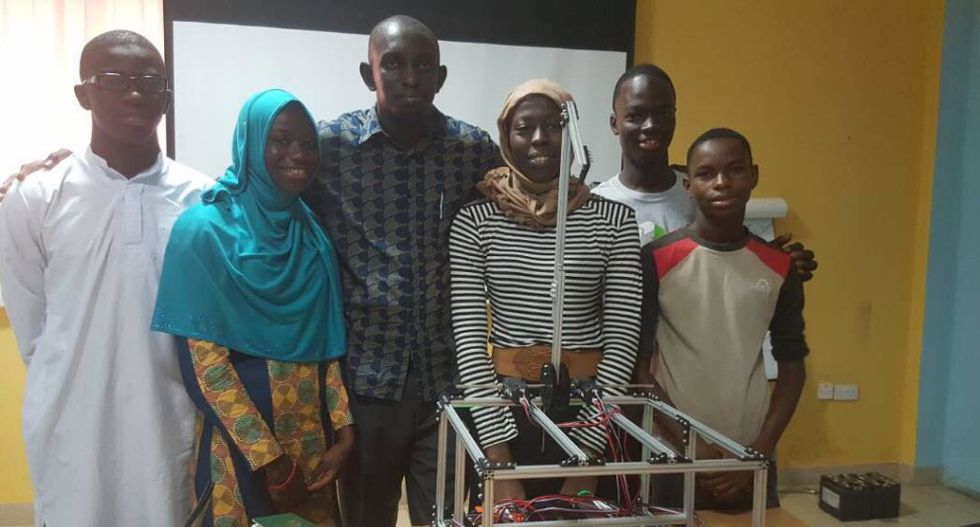 Members of yet another teenage robotics team were denied visas to attend the FIRST Global robotics event to be held in July in Washington, D.C., Al Jazeera reports.

Five students from the West African country The Gambia will have to present their robot—which they built in shift ‘rigorous shifts’ throughout Ramadan—via Skype having received application denials from the U.S. embassy in Banjul.

"We were only told that we did not qualify, and that we could try again,’ director of The Gambia's ministry of higher education, research, science and technology Moktar Darboe told Al Jazeera, adding the team was “very disappointed” by the decision.

"They put in so much effort into building this, and now, after all the sacrifice and energy they put in, they have been left disheartened," Darboe said.

The students had to pay $170 for each visa application. Darboe told Al Jazeera the teens’ “parents had to sacrifice a lot to pay this fee.”

An all-girls robotics team from Afghanistan will also not be in attendance at the FIRST Global robotics event, have been similarly denied their visas.

Fatoumata Ceesay, the Gambia team's programmer, said while they are disappointed in the decision, they was to "show the world, ’yes, we can do it.’”

"We're not giving up, despite the challenges we face, we still continue to work hard," Ceesa said. ”Next year it will be somewhere else, so I think next year we have hope to get there."