US soldier dies in Afghanistan after attack: Pentagon 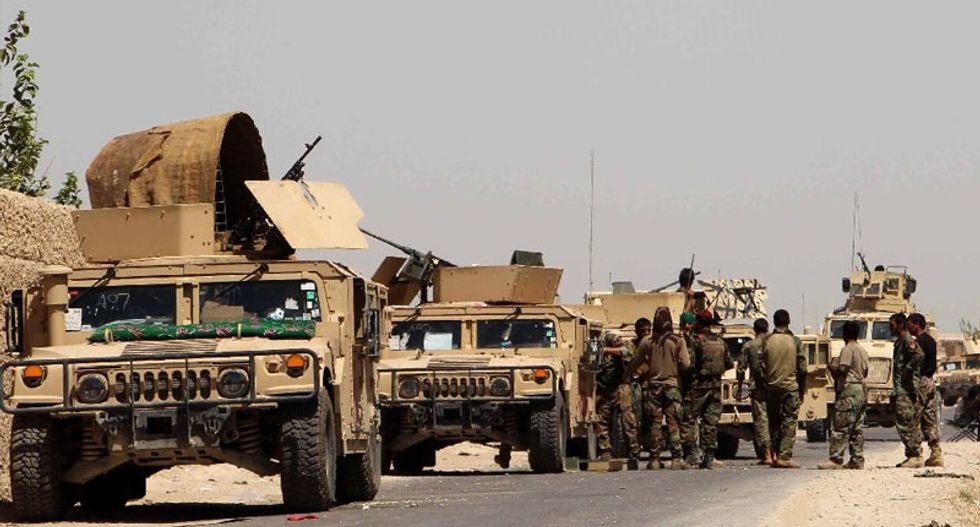 Afghan security personnel prepare for combat during a battle with Taliban militants in Helmand province on August 10, 2016 (AFP Photo/Noor Mohammad)

A 19-year-old American soldier has died in Afghanistan's Helmand Province from wounds received in an attack, the Pentagon said on Wednesday.

Private First Class Hansen Kirkpatrick of Wasilla, Alaska, died on Monday when he was struck by "indirect fire," a military term that usually encompasses rockets, mortars, or artillery, the U.S. military command in Kabul said in a statement. Kirkpatrick was assigned to the U.S. Army's 1st Armored Division, which is based in Fort Bliss, Texas.

Two other American soldiers were also wounded but their injuries were not expected to be life threatening and they were receiving medical treatment, the statement said.

Large stretches of Helmand province in southern Afghanistan, source of much of the world's illegal opium supply, are in the hands of Taliban fighters, who have steadily pushed back Afghan forces that now control less than 60 percent of the country.

Several thousand additional American forces operate as part of a separate counterterrorism mission in the country.

The Trump administration is considering adding several thousand troops, largely in a training and support capacity. A delegation of U.S. senators visited Kabul on Tuesday and called for a new strategy ahead of an expected Trump review later in July on the United States’ longest war, now in its 16th year.

(Reporting by Doina Chiacu in Washington and Josh Smith in Kabul.; Editing by Jonathan Oatis and Grant McCool)