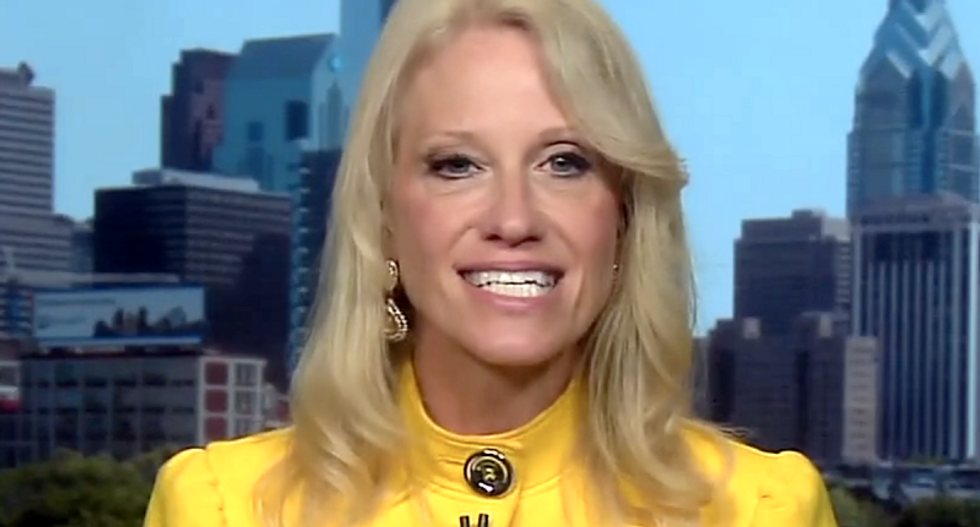 White House senior counselor Kellyanne Conway appeared on Fox News to explain to the Republican base why Reince Priebus is no longer chief of staff.

"Anybody who is doing their job will, I think keep their job, for as long as that President and that individual agree it's the best and highest use," Kellyanne Conway told Martha MacCallum, host of "The Story" on Fox News.

"The President and his new chief of staff will decide what the right organization structure and protocols are," Conway predicted.

"I guarantee you that people will respect that pecking order and those protocols," she promised.

"The fact is, that every place of work, I believe has to understand the rules, the structure, the protocol, the pecking order -- and follow those rules," said the counselor who worked as one of Trump's campaign managers.

"And again, when you're in any place of work – Martha, you're in yours now, I'll be in mine again with a new chief of staff this weekend or Monday – and you have to know what the structure and the rules are and people are going to respect those," Conway lectured. "I think it's a really good inflection point after six months in this White House to know what the structure is and the rules and to carry forth that way."