WATCH: Christie trolled by plane banner demanding he 'get the hell off the beach' -- and beachgoers cheer 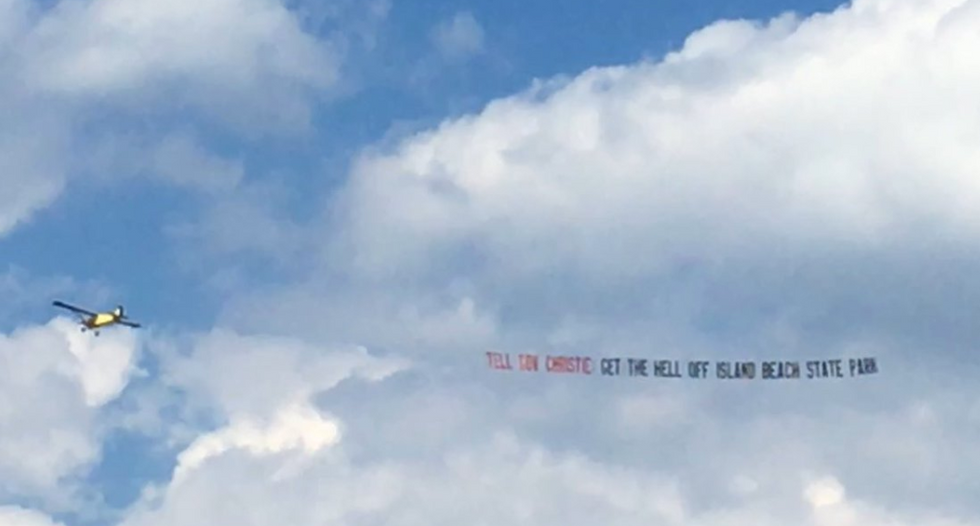 A crowd of beachgoers in Asbury Park, N.J. cheered on Monday after an plane flew over the beach pulling a banner with sharp criticism of New Jersey Gov. Chris Christie.

“Tell Chris Christie: get the hell off Island Beach State Park,” the sign read. The notice was a reference to Christie’s much-maligned beach visit Sunday at a state-owned beach house. Christie was sunbathing with his family on an empty stretch of beach that had been closed over the holiday by a state-wide government shutdown.

The sign evoked a 2011 press conference Christie held during Hurricane Irene, when he told people “sitting on the beach at Asbury Park” to “get the hell off the beach.”

“Get out,” Christie said during that press conference. “You’re done.”

Watch a video of crowds cheering below, via Facebook: