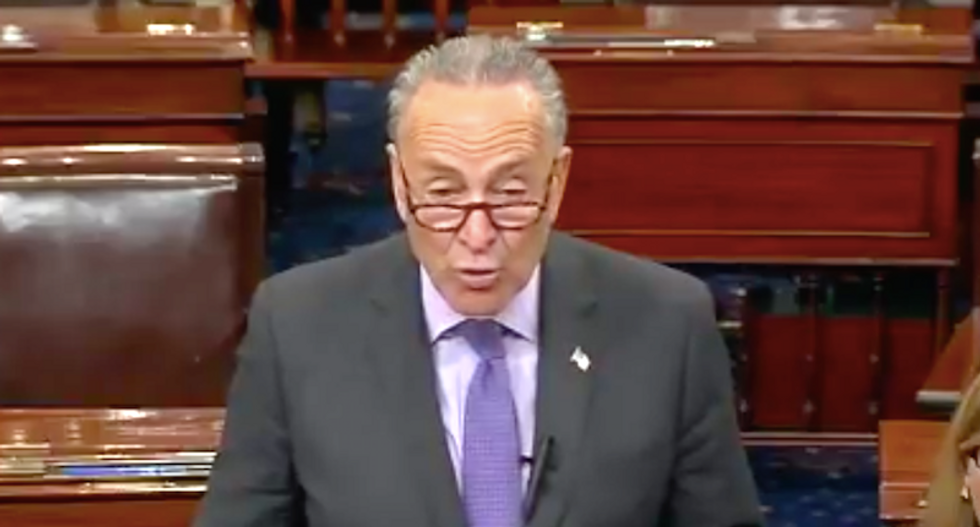 Senate Minority Leader Chuck Schumer (D-NY) blasted Senate Republicans for blaming Democrats for the failure of their health care bill after locking them out of the negotiation process.

He said Senate Majority Leader Mitch McConnell (R-KY) made clear from the beginning that Republicans intended to pass the bill without Democratic votes or input -- so his complaints about obstructionism rang hollow.

"The party leader admitted that he decided the matter for us when he locked Democrats out of the process at the outset," Schumer said. "Now that their one-party effort has largely failed, we hope they will change their tune."

President Donald Trump and Vice President Mike Pence have joined McConnell in calling for the repeal of the Affordable Care Act without a replacement, but Schumer warned Republicans that would be disastrous.

"I would tell all of those colleagues the deal hasn't magically gotten better with age," Schumer said.

He said the plan backed by the White House and GOP leadership is worse than the bill Republican senators just rejected.

Sen. Chuck Schumer on health care: “The door to bipartisanship is open right now… Republican leadership only needs to walk through it.” pic.twitter.com/zWYa71jrPL