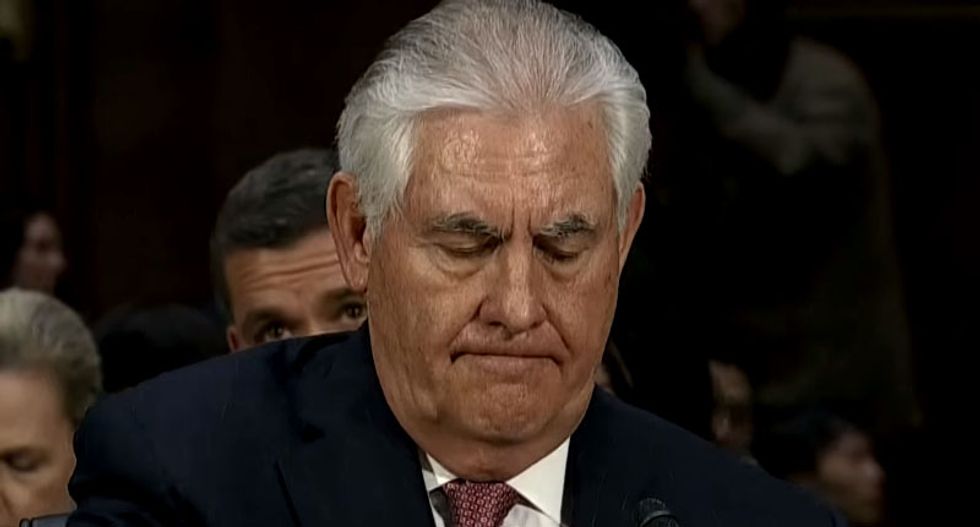 What specifically was said in the meeting will never be known, with attendance limited to the four men and two translators.

According to the Associated Press, "US, Russia prepared to announce cease-fire in southwest Syria starting Sunday."

The Associated Press added, "The deal marks a new level of involvement for the U.S. in trying to resolve Syria’s civil war. Although details about the agreement and how it will be implemented weren’t immediately available, the cease-fire is set to take effect Sunday at noon Damascus time, said the officials, who weren’t authorized to discuss the cease-fire publicly and spoke on condition of anonymity.Jordan and Israel also are part of the agreement, one of the officials said. The two U.S. allies both share a border with the southern part of Syria and have been concerned about violence from Syria’s civil war spilling over the border."

You can watch Tillerson's press conference below via YouTube: