WATCH: Mets fans boo the hell out of Chris Christie after he catches a foul ball 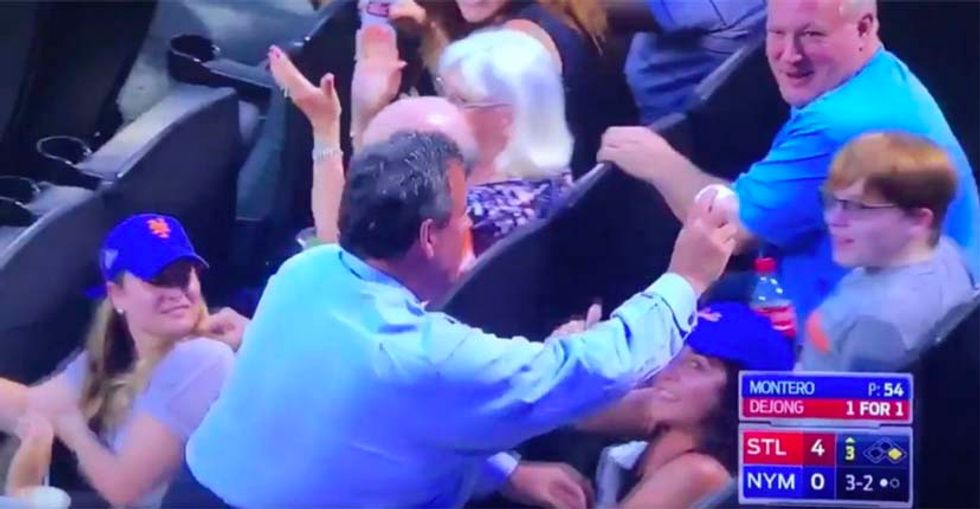 Instant replay footage caught the governor snagging the ball then high-fiving some seatmates as fans began to boo as the replay showed on the big screen.

You can enjoy the deluge of displeasure below:

Six Republicans on the Supreme Court just announced—a story that has largely flown under the nation's political radar—that they'll consider pre-rigging the presidential election of 2024.

Republican strategists are gaming out which states have Republican legislatures willing to override the votes of their people to win the White House for the Republican candidate.

Trump is creating a 'crisis' for the Republican Party: analyst

Reacting to reports that Donald Trump is thinking of moving up his announcement that he will be running for president in 2024, political analyst and pollster Fernand Amandi said the threat of the former president jumping into the race at such an early time is creating problems for the Republican Party.

Appearing on MSNBC's "The Katie Phang Show," Amandi explained that Trump has three main reasons for wanting to make the jump sooner than later -- two of which are designed to ensure his political survival.