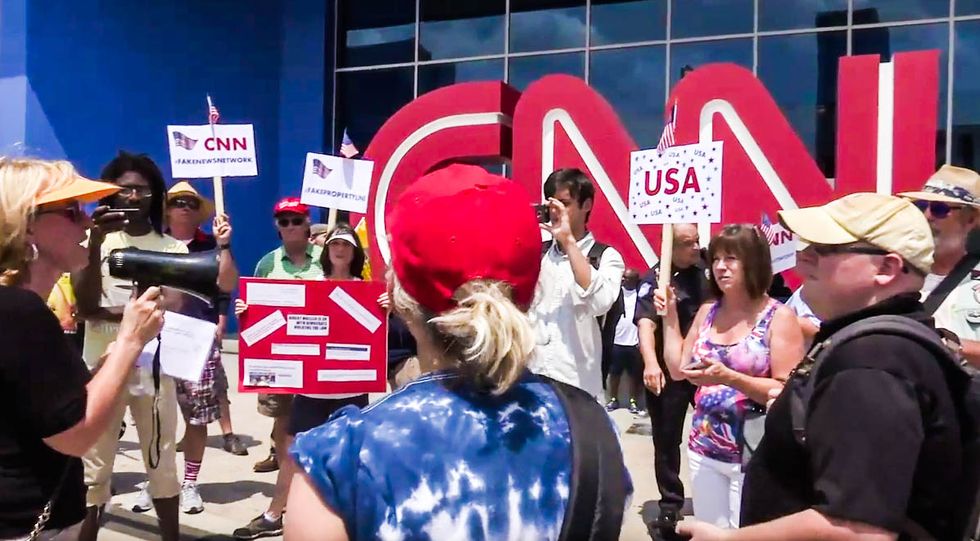 A group of protesters rally against "fake news" outside CNN's headquarters (Screen cap).

A group of Trump supporters gathered outside of CNN's headquarters in Atlanta in an attempt to protest against "fake news" on Saturday -- but the sparsely attended rally only drew an estimated 30 people.

The Atlanta Journal Constitution reports that the protest, which was live-streamed through the web by Breitbart News, featured people holding signs that said things like "Beware fake news" and "CNN: Criminal News Network."

The protesters walked around outside of CNN on the sidewalk chanting, "No more fake news" and other slogans.

"We’re here to tell CNN no more fake news," organizer Melanie Morgan told the AJC. "They have to know people who are here expect fairness in journalism."

Debbie Dooley, a local Tea Party activist who helped organize the protest, told the AJC that she and her allies would continue protesting outside CNN at least every month, despite the low turnout at the event on Saturday.

"We’re going to keep on holding them accountable," she said.

Watch a full video of the protest below.