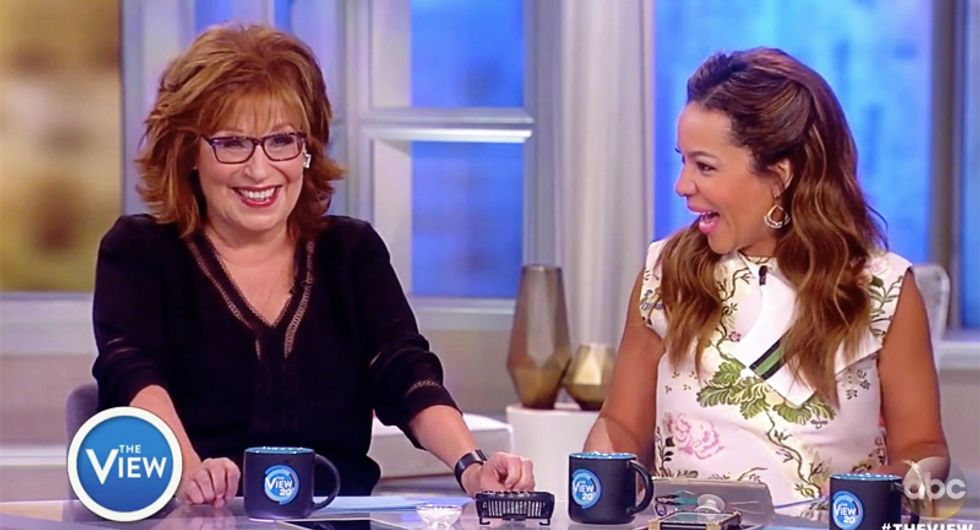 As might be expected, the ladies of The View were all over White House Communications Director Anthony Scaramucci's comments about White House Chief Strategist Steve Bannon pleasuring himself orally.

With host Joy Behar taking the lead, the various panelists had multiple theories about why Scaramucci  -- whose job is to control White House messaging -- blew up an evening that should have been dedicated to pushing Trumpcare with talk about "c*ck sucking."

"There's so many crazy things happening this week," Behar began before turning to Scaramucci's profane interview with the New Yorker's Ryan Lizza.

"He also said, 'I'm not Steve Bannon, blanking my own blank,'" she continued. "Hello! Fill in the blanks. I can't believe what he said, but suffice it to say, Bannon must have a Craftsmatic adjustable bed," causing co-host Sara Haines to chime in, "Yeah, my parents have one."

ABC political commentator Tara Setmayer had her own take, stating, "If he could do that he wouldn't need to work."