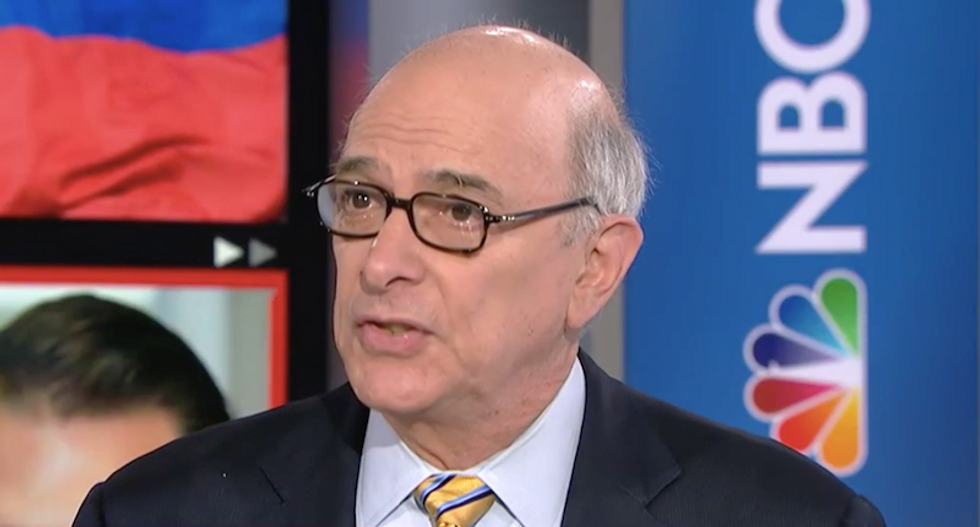 A former Watergate prosecutor said Donald Trump Jr. may have committed a most serious offense by meeting with a Russian lawyer who offered damaging information against Hillary Clinton in exchange for lifting U.S. sanctions on human rights abusers.

Nick Akerman, who assisted the special prosecutor during Watergate, said the president's son may have betrayed the U.S. by agreeing to meet with Kremlin-linked attorney Natalia Veselnitskaya, along with his brother-in-law Jared Kushner and then-campaign chairman Paul Manafort.

"There's lots of legal implications," Akerman said. "First of all, we have a potential for actual treason. We have Donald Trump Jr., the 'mini-me' to the president, who is meeting with a Russian operative, thinking that he's going to get information on the Hillary Clinton campaign."

He said Trump Jr. should have been suspicious that the information came from Russian spies, and he questions why Kushner and Manafort were brought to this particular meeting.

"Paul Manafort was brought to the dance by none other than Roger Stone, who in August of 2016 admitted that prior he had direct conversations with the Russian hacker and that he was aware of what WikiLeaks was doing," Akerman explained. "Then on top of all that, you've got Jared Kushner, who in June of 2016 -- when this very meeting was going on -- was put in charge of this whole data program for the Trump campaign."

U.S. intelligence services believe Russia attempted to hurt Clinton by stealing and leaking potentially damaging emails stolen from her campaign chairman and the Democratic National Committee, and Akerman believes evidence suggests ties between those efforts and the Trump campaign.

"On top of it all, Jared Kushner completely forgot about this meeting when he filled out his application for security clearance, which is totally unbelievable," Akerman said. "So there is plenty of smoke here, and I think we're getting close to the fire."

"We've got a potential for actual treason" https://t.co/uCzsBTgGX3