'We're on resignation watch': Maddow explains why 'in normal times' Sessions would be out after Trump's criticism 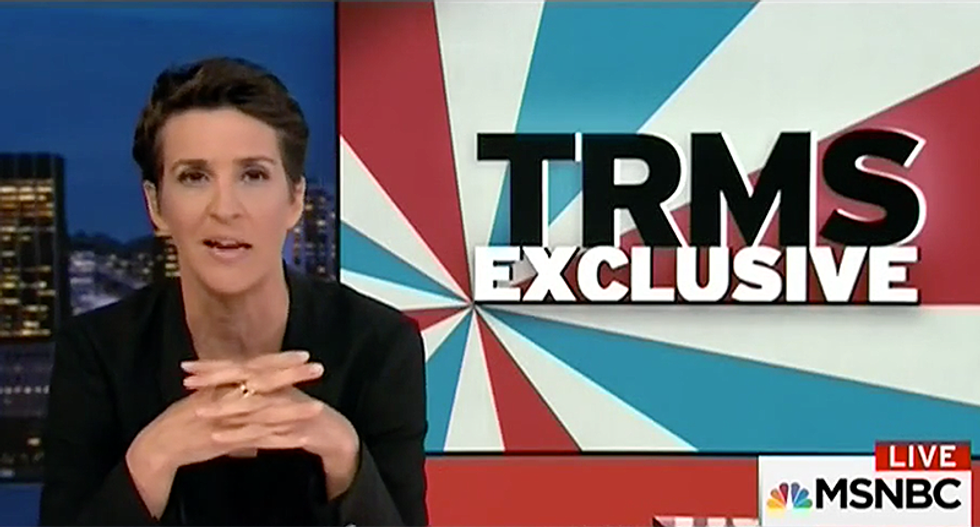 MSNBC’s Rachel Maddow on Wednesday was shocked by a wide-ranging interview Donald Trump gave to the New York Times, insisting “we are probably on resignation watch” with regards to Attorney General Jeff Sessions.

In a bombshell discussion with the Time’s Maggie Haberman, Trump criticized Sessions for recusing himself from the Department of Justice’s Russia investigation, insisting he would not have nominated the former Alabama senator had he known he was going to step aside from the probe.

Maddow explained the relationship between Trump and Sessions, noting the president “ended up taking on a lot of Jeff Sessions' policy positions” once he brought him on as AG. “Jeff Sessions was the first announcement [Trump] made for his cabinet … tonight it feels like that might not last,” Maddow said.

Turning to the Times interview, Maddow noted that in it, “the president also rips the attorney general himself, Jeff Sessions, who he has been seen so close to, and who really did a huge amount toward making Trump a republican candidate instead of just an iconoclastic, conservative, free-floating nonparty-affiliated candidate in the primary.”

“He criticizes Jeff Sessions in such a way that in normal times, we would expect an official criticized this way by the president to resign before the evening is over,” Maddow continued, “That said, these are not normal times, so who knows.”

Playing a clip of Trump insisting it’s “unfair” that Sessions recused himself, Maddow asked, “Why is that unfair?”

“Why would that be unfair to the president? For him to take himself out of an oversight role of investigations into that?” she went on. “Unless Trump believes the only way to be fair, and to fairly treat the president in that regard is to oversee those investigations in a way that is favorable to him.”

“Maybe Rod Rosenstein should be on resignation watch as well,” Maddow said. “The president is publicly calling into question his ability to do his job because of his partisan leanings—or lack thereof. Which is a public expression of lack of confidence by the president in the deputy attorney general. Again, that is the sort of thing that would typically cause a public official to resign immediately.”