'What are you, retarded?': Yankees fan berates boy with special needs for kicking his chair 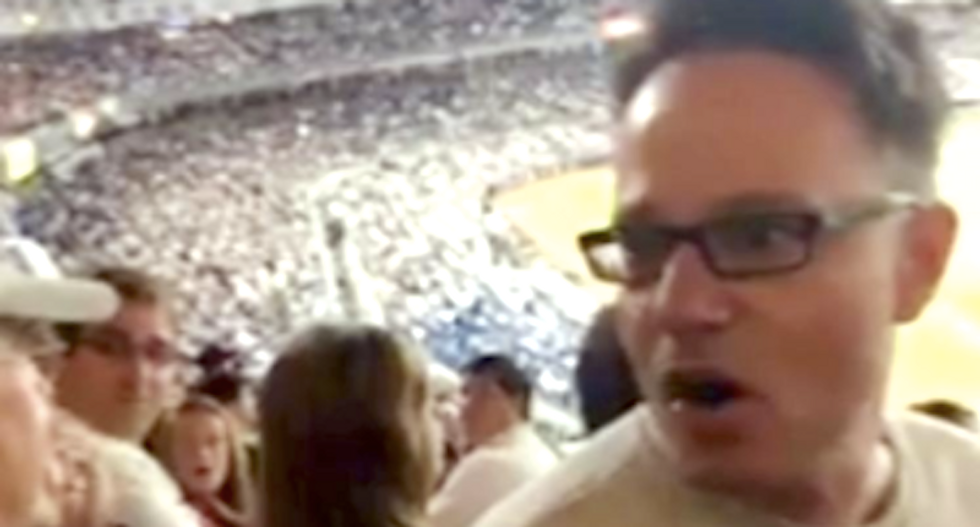 A 4-year-old boy with special needs won't stop repeating the slur hurled at him by an angry Yankees fan, the child's father says.

Danny DiMarco said the incident last week scarred his son, Luciano, who was shaking and hysterically crying as the man berated the boy for kicking his chair at Yankee Stadium, reported the New York Daily News.

"What is your f*cking problem?" the man screamed, according to DiMarco. "What are you, retarded?"

DiMarco said his son was still hurt by the incident.

"He has been repeating the word (retarded) every day since Friday," he said.

DiMarco said the man, who hasn't been identified, refused to make eye contact with him or his wife, Angelica, who recorded video of the encounter.

“Everything he was saying was directed toward my son," DiMarco said. "I don’t understand why you’re yelling at the kid, when I’m right here. My son has special needs -- that’s all I said.”

The 27-year-old father said he resisted the urge to punch the man.

The couple said the Yankees failed to adequately handle the situation, but the team said the incident came in the eighth inning -- which they said prevented ushers from relocating the family.

“I want them to be more disability friendly,” Angelica DiMarco said. “They do all these autism awareness things at the stadium, but I don’t see them incorporating it into their everyday games.”

The right-wing Proud Boys and Oath Keepers have hit the skids since the Jan. 6 insurrection.