'When it comes to Don Jr, there's not much intelligence to counter': Colbert mocks Russian lawyer meeting 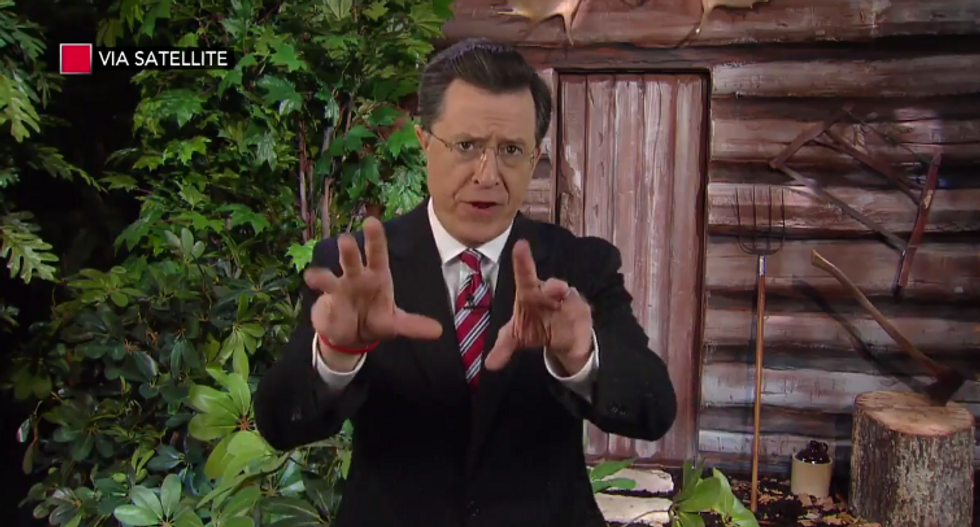 Late Show host Stephen Colbert spent a week in Russia to figure out exactly who President Donald Trump and his cronies were colluding with -- but realized that Russia was as present in the U.S. at it was in the former Soviet Union.

"I just wanna get out ahead of the story here -- I recently met with a lot of Russians," Colbert said, mocking Donald Trump, Jr's shifting stories on his meeting with Russian lawyer Natalia Veselnitskaya. "I can't remember why."

In his cold open mocking the Trump-inspired Russiamania, Colbert took more than a few potshots at the president's son.

He went on to discuss the other Russian at the Veselnitskaya meeting -- a former Soviet counterintelligence officer named Rinat Akhmetshin.

"Of course, when it comes to Don Jr., there's not much intelligence to counter," he quipped.

Watch Colbert mercilessly take down Trump, Jr. below, via The Late Show.