Whoopi Goldberg rails against GOP Senate to 'get with the program' on healthcare: 'We want what you've got' 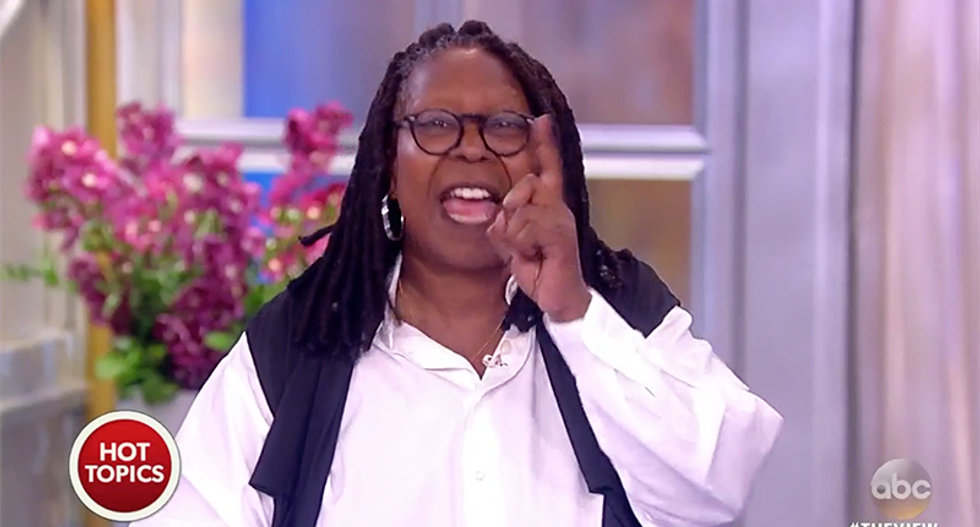 Whoopi Goldberg was incensed with elected officials in Washington for their failure to find solutions for Americans on healthcare.

"The View" host began Tuesday's show asking that the audience "bow their heads for the death of the GOP health bill."

Conservative co-host Jedediah Bila said that she is frequently attacked by angry "liberals," who, she said, call her heartless for trying to take away people's health care.

"If you're in favor of just repealing it, then 22 million Americans are going to lose their healthcare," co-host Sunny Hostin said. "So, I gotta tell you, people are going to say that you don't care about them."

Bila maintained that all of the people who are going to "lose their healthcare," she said using air-quotes, "are people who didn't want health insurance and are forced to pay that tax or have healthcare under Obamacare."

The popular Republican talking point has been thoroughly clobbered by proponents of Obamcare pointing out the difference between "choosing" and "losing."

The hosts pointed out that misnomer doesn't apply to all 22 million of the people who would lose care under the currently proposed bill.

Progressive comedian Joy Behar, by contrast, said that this is the key moral difference between the left and the right. "I believe that healthcare is a right that people should have and you don't," she explained. "So, when you have that philosophical difference it makes you mad."

The sentiment was later shared by Hostin, who argued that the "free market" doesn't work when you take away Medicaid. "It harms the poorest of us all. What happened to being your brother's keeper?" she said quoting The Bible.

"The government is not your brother's keeper!" Bila shouted.

"I am my brother's keeper!" Hostin shouted back as a taxpayer in a Democracy. "Let me pay my fair share!"

Goldberg explained that she wants elected officials to get their act together.

"Maybe now is the time for everybody to shut up and sit down and say, OK, let's look at the stuff that doesn't work," she continued. "Forget about it being Obamacare.There's something you can do. You can call it Kennedycare or Kerrycare or Obamacare, it is health care for the American people. Let's start with that and figure out what doesn't work, hold the feet to the fire of those companies that have not helped us make it better and let's figure out how to make it work because I'm really sick of everybody who doesn't have to worry about health care talking about it needs to go without having any idea. I'm just tired of it. It's not just Republicans. Regular people too. Because if you've never not had to worry about health care, you don't know how desperate people are. So, take that into consideration and let's all sit down and look at what doesn't work and fix that."

She went on to say that the concerns people have had about getting pre-existing conditions covered and not being forced to try and get cancer care in an emergency room are all things we don't want to have to go back to.

"We got to figure out what to do because the Republicans said too much money is coming out," Goldberg said. "You know, you can't have it both ways, and all of you who are serving us, y'all better get with the program. We what you got. We want the same care you're getting."

Whoopi Goldberg rails against GOP Senate to... by sarahburris

Fight breaks out on The View as Hostin and Bila... by sarahburris