'Who's trying to get Jared out of the way?': Morning Joe hints Steve Bannon is leaking Don Jr bombshells 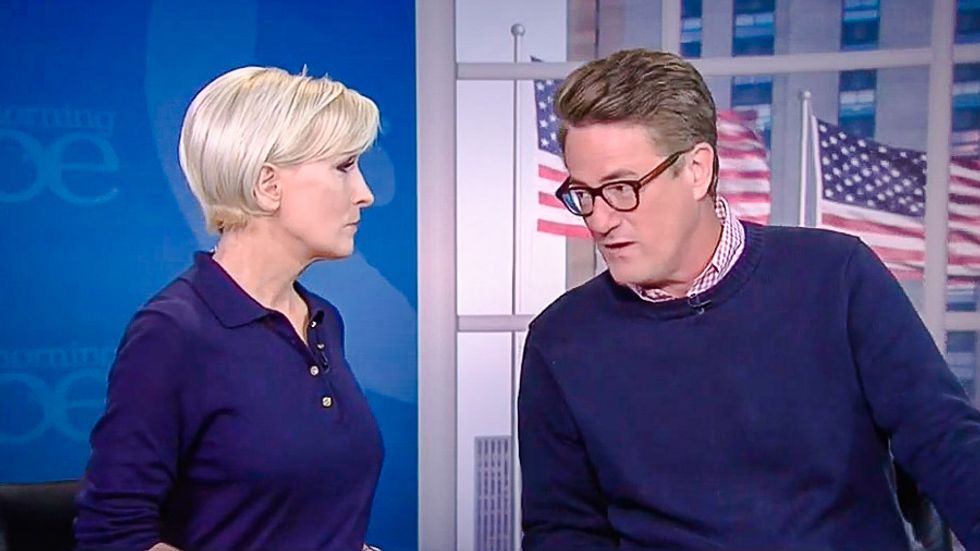 The Times has broken stories three days in a row about Trump Jr. meeting --

along with Jared Kushner and Paul Manafort -- with a Russia attorney who promised damaging information about Hillary Clinton, and apparently in exchange for lifting sanctions on her clients for human rights violations.

"This does look like it's coming from the inside," Scarborough said, repeating his claim from Monday morning. "I don't know -- who is that? Who is leaking all this from the inside? Who's trying to get Don Jr. and Jared Kushner out of the way?"

Scarborough seemed to suggest Bannon -- who has reportedly clashed with Kushner in behind-the-scenes power struggles -- had been dribbling leaks about the president's son-in-law and senior adviser, and former FBI agent Clint Watts agreed.

"I am tired of hearing about this 'deep state' leaking intelligence," Watts said. "There's only one way to get all these dots connected, and you have to have someone in the center. We hear about NSA, you know, a memo being there, the (director of national intelligence), a memo being there, Comey having memos about pressure regarding Russia -- that comes from the center. It is very difficult, if you're in journalism or intelligence, to get sources who want to give up their entire career and potentially go to jail in six or seven different locations in the intelligence community. I don't believe our intelligence professionals are coughing up this information -- I believe it's in Donald Trump's house."

"I'm purely speculating, but I don't agree with Clint," Halperin said. "I think it's most likely the intel community, second most likely -- it's the Russians."