Why Abraham Lincoln is an icon for Republicans and Democrats alike 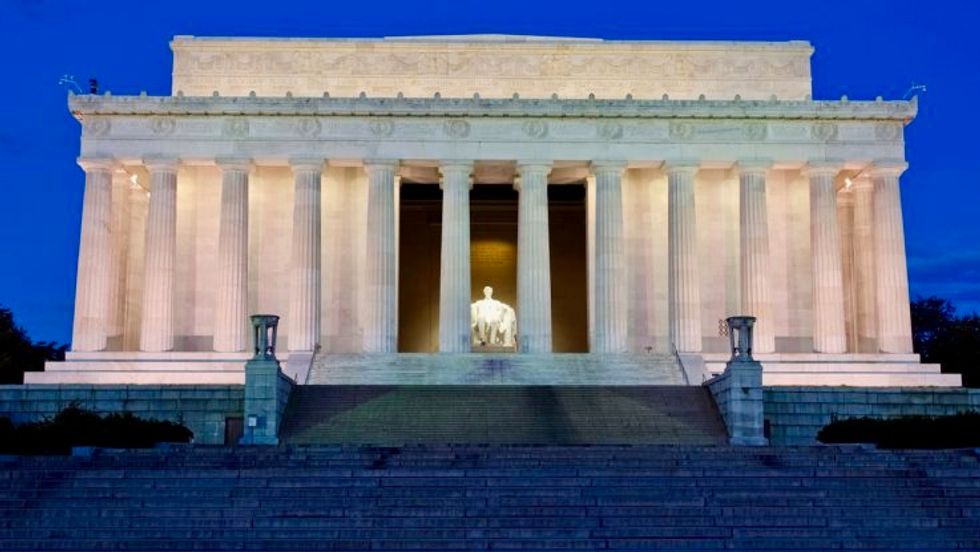 During the 2016 Republican presidential primary, The Washington Post’s Bob Woodward and Robert Costa asked Donald Trump if he could be a “unifier” like Abraham Lincoln who expressed “‘Malice toward none, charity for all.’”

Trump’s answer was surprising, but the fact that he was asked the question is not. Lincoln has evolved into an icon of presidential leadership for both sides of the aisle.

In our book, “Memories of Lincoln and the Splintering of American Political Thought,” we studied reminiscences of Lincoln from the time of the president’s death in 1865 through the passing of those who knew him personally in about 1900. We were particularly interested in understanding the rhetorical power of public messages that evoke the living Lincoln.

We believe how Lincoln is remembered by presidents and presidential candidates tells us much about their approach to governance. Trump’s understanding of Lincoln sheds insight, we believe, into the controversies that swirl around the current president.

Memories of Abraham Lincoln have served as a “beacon” for the nation since the hours after his assassination. The night the 16th president was shot, the streets of Washington, D.C. reportedly filled with angry Northerners contemplating revenge against any Southerner suspected in the assassination plot.

Years later, in recounting his memories of that frightful night, Sen. William M. Smith of Nevada credited Lincoln for quelling the storm. The spread of the simple epitaph – “What would Lincoln do?” – helped quiet the crowd, Smith claimed, and revealed the force of Lincoln’s memory in beginning to heal a grieving nation.

Lincoln acquaintances like Smith created a cottage industry by publishing their first-person accounts of the Lincoln whom they talked with, walked with, witnessed and heard up close.

Subsequent generations used the recollections of the previous generation to keep Lincoln’s memory fresh – and to repurpose his legacy.

U.S. presidents and presidential contenders have been among the most active interpreters of Lincoln memory as they attempt to score political points, bolster their credentials and unify the country during times of national turmoil.

Herbert Hoover turned Lincoln into a conservative; Franklin Roosevelt saw him as a progressive. Neither was writing fiction. Some memories of the historical Lincoln – like his journey from a log cabin to the White House – play up his commitment to “self-made” people and inspired entrepreneurial Hooverites. And Lincoln’s commitment to “common” people with simple tastes attracted New Dealers.

Candidates at the altar of Lincoln

Most presidential candidates genuflect at the altar of Lincoln when putting forth their presidential bona fides. In 2012, for example, Republican contender Mitt Romney recalled the exalted Lincoln when referring to him as “‘The last best hope of Earth.’”

Democrat Barack Obama drew on memories of Lincoln as a mortal man during his reelection campaign against Romney: “I’m far more mindful of my own failings, knowing exactly what Lincoln meant when he said, ‘I have been driven to my knees many times by the overwhelming conviction that I had no place else to go.’”

Trump used Lincoln to court black votes: “Republicans are the Party of Lincoln… Nothing means more to me than working to make our party the home of the African-American vote.” And in the same Washington Post interview, candidate Trump called Lincoln “a man…of great intelligence” who did “a very vital thing” for the country.

Seldom known for his humility, Trump admitted he wasn’t likely to outdo Lincoln’s performance: “I can be more presidential than any president…except for Abraham Lincoln… You can’t out-top Abraham Lincoln.” That he took the oath of office with his hand on Lincoln’s Bible affirmed President Trump’s desire to walk in Lincoln’s shadow. 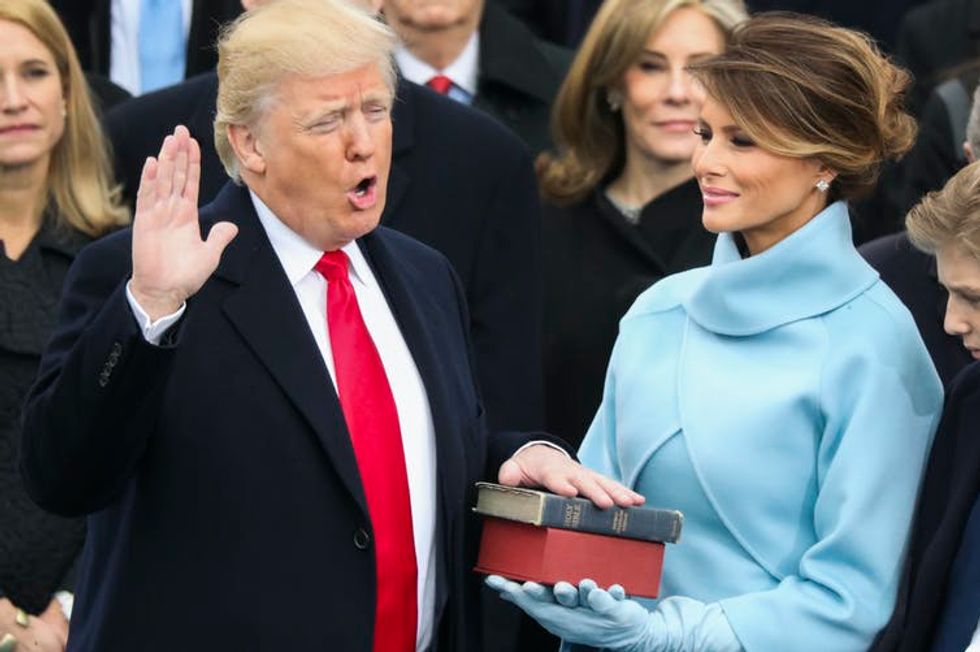 Obama and Trump are the only two presidents to be sworn in using Lincoln’s Bible.

Yet candidate Trump also revealed a lack of historical knowledge about Lincoln. He drew headlines for his repeated claim that few knew Lincoln was a Republican.

Trump also deviated from many contemporary presidents by hitching his wagon to Andrew Jackson without seeming to know much about him. Trump reported that Jackson was “really angry” by what “he saw happening with…the Civil War” even though Jackson died 16 years before it began.

In celebrating Jackson’s presidency, Trump offered a backhanded slap to Lincoln by suggesting that he failed to prevent the Civil War. Had “Andrew Jackson been a little later,” Trump suggested, “you wouldn’t have had the Civil War.”

Jackson, like Trump, left a legacy as the “people’s tribune.” But he defended slavery and owned slaves, and Congress passed just one piece of legislation during his two terms – the Indian Removal Act of 1830. That Trump displays a portrait of Jackson in the Oval Office rather than Lincoln shows whose memory guides his presidency.

Perhaps most unprecedented is the way that Trump answered Woodward and

Costa’s question about unity. Although candidate Trump seemed certain he could “bring great unity” to the country, he seemed more fixated on his ability to provoke “rage” in voters: “I do bring out rage… I don’t know if that’s an asset or a liability.”

Trump gave more attention to the call for unity in his speech before a well-received Joint Session of Congress on Feb. 28, 2017: “I am here tonight to deliver a message of unity and strength, and it is a message deeply delivered from my heart.” But, his executive orders, Cabinet selections, policy positions, late-night and early-morning tweets have deepened divisions.

If Trump is serious about promoting national unity, he would do

well to ask himself the same question people did on those dark nights in D.C. after a president’s assassination – “What would Lincoln do?” He would learn that Lincoln was a serious student of history. He studied the Constitution and law closely. He surrounded himself with advisers of diverse perspectives. He prioritized humility over arrogance and empathy over revenge. As Trump considers delivering messages of unity to the country on its birthday, he would do well to heed the lessons – and memories – of Abraham Lincoln.