‘You raped me’: Michigan woman lashes out at ex-cop who escaped punishment for hotel attack 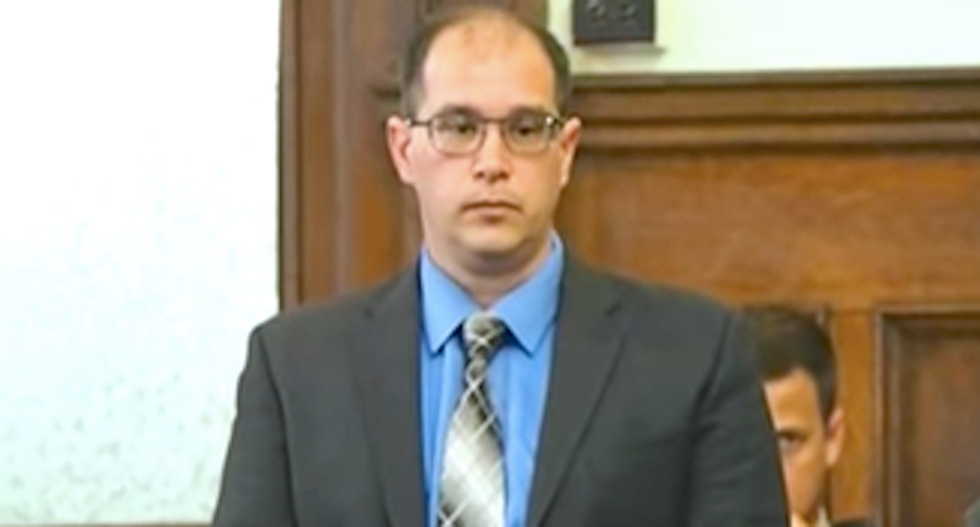 A former Michigan police officer was sentenced to one year in jail and five years of probation after a woman accused him of rape after jailing her acquaintance on drunken driving charges.

Two other counts of first-degree criminal sexual conduct were dismissed in March, according to court documents.

"What you did to me was wrong," McMillan told the officer, and asked reporters to use her name. "You raped me. You knew I was highly intoxicated yet you used that as a selfish opportunity."

McMillan told the court she doesn't remember leaving a bar July 9, 2016, near South Haven, and she didn't realize the man who friends arranged to drive her car was also intoxicated.

She barely remembers Fritz taking her to three different hotels to find a room, and state police told the court that the officer took the man to jail after finding McMillan a place to sleep.

McMillan later testified that she awoke to find Fritz on top of her, and she doesn't recall consenting to sex.

She told the court that she suffers from post-traumatic stress disorder, and she said her children and other parts of her life have experienced negative effects related to the incident.

"I feel you did not get the full punishment you deserve but your friends, family, the public and, most importantly, you will know what you did," McMillan said. "You will never be a police officer again and for that I'm grateful."