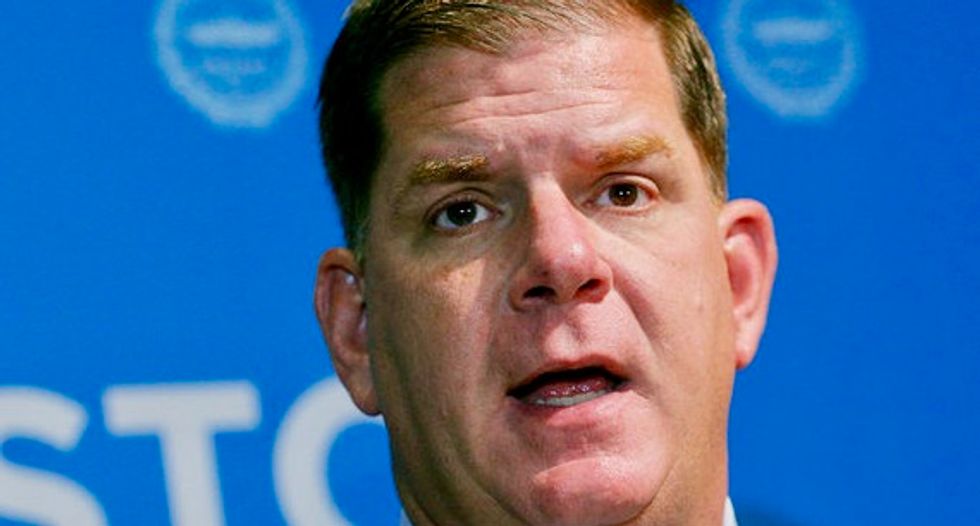 Hundreds of police officers will hit the streets of Boston on Saturday to deter violence at a "Free Speech" rally with right-wing speakers a week after a woman was killed at a Virginia white-supremacist protest.

At least 500 police officers, many on bicycles, aim to keep the expected crowd of a few hundred people at the "Free Speech" rally separate from thousands attending a counter-protest by people who believe the event could become a platform for racist propaganda.

Authorities will close streets to avert car attacks like the deadly one carried out in Charlottesville, Virginia, by a man said to have neo-Nazi sympathies against counter-protesters and a similar spate of attacks by Islamist extremists in Europe, most recently Barcelona.

After Charlottesville's bloody street battles, Boston outlawed weapons of any kind - including sticks used to hold signs - in the protest area and ordered food vendors out of Boston Common, the nation's oldest park.

The violent clashes in Charlottesville, in which one woman was killed in the car rampage, ratcheted up racial tensions already inflamed by white supremacist groups marching more openly in rallies across the United States.

White nationalists had converged in the Southern university city to defend a statue of Robert E. Lee, who led the army of the pro-slavery Confederacy during the Civil War, which ended in 1865.

A growing number of U.S. political leaders have called for statues honoring the Confederacy to be taken down, with civil rights activists charging that they promote racism. Advocates of the statues contend they are a reminder of their heritage.

Last weekend's violence sparked the biggest domestic crisis yet for U.S. President Donald Trump, who provoked ire across the political spectrum for not immediately condemning white nationalists and for praising "very fine people" on both sides of the fight.

Beyond the Boston rally and counter-march, protests are also expected on Saturday in Texas, with the Houston chapter of Black Lives Matter holding a rally to remove a "Spirit of the Confederacy" monument from a park and civil rights activists in Dallas planning a rally against white supremacy.

"We're urging everyone to stay away," Walsh said.

Monica Cannon, an organizer of the "Fight White Supremacy" march, rejected that call.

"Ignoring a problem has never solved it," Cannon said in a phone interview. "We cannot continue to ignore racism, ignore white supremacism, ignore neo-Nazis and pretend it's not a problem."

Organizers of the "Free Speech" rally denounced the violence and racist chants of the Charlottesville "Unite the Right" protest.

"We are a coalition of libertarians, progressives, conservatives, and independents and we welcome all individuals and organizations from any political affiliations that are willing to peaceably engage in open dialogue about the threats to, and importance of, free speech and civil liberties," the group said on Facebook.

The event's scheduled speakers include Kyle Chapman, a California activist who was arrested at a Berkeley rally earlier this year that turned violent, and Joe Biggs, formerly of the right-wing conspiracy site Infowars.