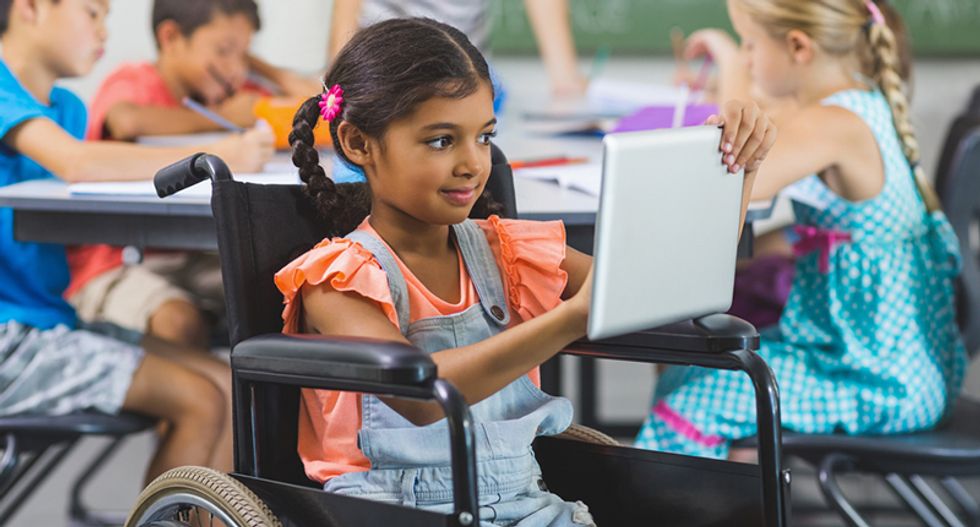 A member of the state-wide Alabama Board of Education wanted to know why the state couldn't force parents to put their special needs children into institutions so that test scores would increase in the schools.

A recent op-ed on AL.com explained that the state's test scores are suffering, but instead of blaming decreases in school funding or lack of funding for recruiting the best and most experienced teachers or even school supplies, Ella Bell is blaming special needs children.

According to the Department of Education the number of children age 3-21 utilizing special education services accounts for 13 percent of all public school children.

Under the Americans with Disabilities Act, students, regardless of disability, are allotted every opportunity their non-disabled counterparts have. They're entitled to an education in the same environment as their peers, "to the greatest extent appropriate."

"Is it against the law for us to establish perhaps an academy on special education or something on that order," Bell wondered, "so that our scores that already are not that good would not be further cut down by special-ed's test scores involved?"

Bell's colleagues referred to the U.S. Individuals with Disabilities Education Act (IDEA) rule but she didn't seem to understand what it meant.

"It doesn't matter about that. You can make it the least restrictive environment," she claimed. "I'm trying to see if you can move them out."

Alabama Superintendent Michael Sentance mentioned genius physicist Stephen Hawking, who would be considered "special needs" because he is confined to a wheelchair and must speak through a sensor activated by a muscle in his cheek.

"I'm just saying those who have special needs are truly not folks like [Hawking]," Bell responded. "It's almost not fair for LAMP [Loveless Academic Magnet Program in Montgomery] and them not to have special-ed folk to bring them down."

Bell seemed to believe that special education or special needs students somehow "bring down" their peers due to their disabilities.

The state typically builds individualized education plans for students that abide by the IDEA law.