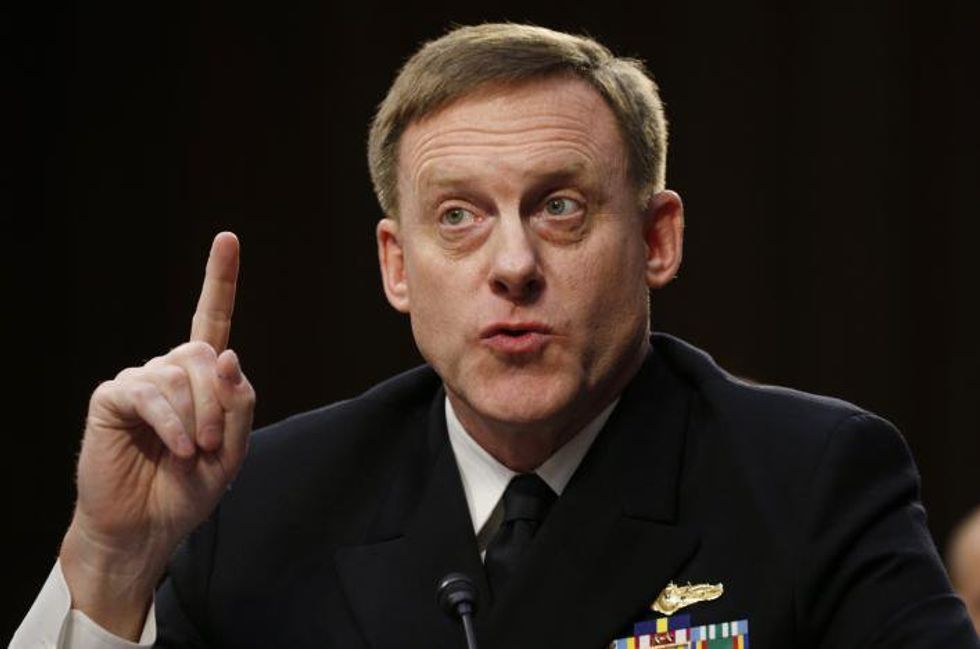 According to the Daily Beast, the Pentagon announced that the U.S. Cybercommand (CYBERCOM) would become a standalone agency out from underneath the U.S. Strategic Command -- "a recognition that war now occurs digitally as well as physically," the Beast report states.

Rather than just being another example of typical Washingtonian bureaucracy, however, this shift could affect Admiral Mike Rogers -- the current director of both the National Security Agency and CYBERCOM who the Beast says is the spy chief most likely to know "whatever actually occurred between Donald Trump and Vladimir Putinduring and after the election."

Just how important is Rogers to investigations into Russia's election meddling?

“It’s critical that Admiral Rogers is unequivocally in charge as the investigations proceed into determining the role that the Russians played in the U.S. presidential elections,” an unnamed former senior intelligence official told the Beast.

"A U.S. defense official told reporters that the president had instructed Secretary of Defense Jim Mattis to nominate someone to lead CYBERCOM," the report reads. "Only once that person is selected and confirmed by the Senate would the new command be elevated. And only after that would the Pentagon recommend whether to split the 'dual hat' arrangement whereby the same person runs both CYBERCOM and the NSA."

It remains unclear when or if Rogers (or anyone else) will step into either of those positions -- and furthermore, how Rogers, who declined in a Congressional hearing in June to reveal any communications he'd had with the president after Comey's firing, will cooperate with special counsel Robert Mueller's investigation when he's inevitably questioned.

Read about the numerous complicated scenarios involving Pentagon political maneuvering are explained in detail in their entirety in the Beast's report.