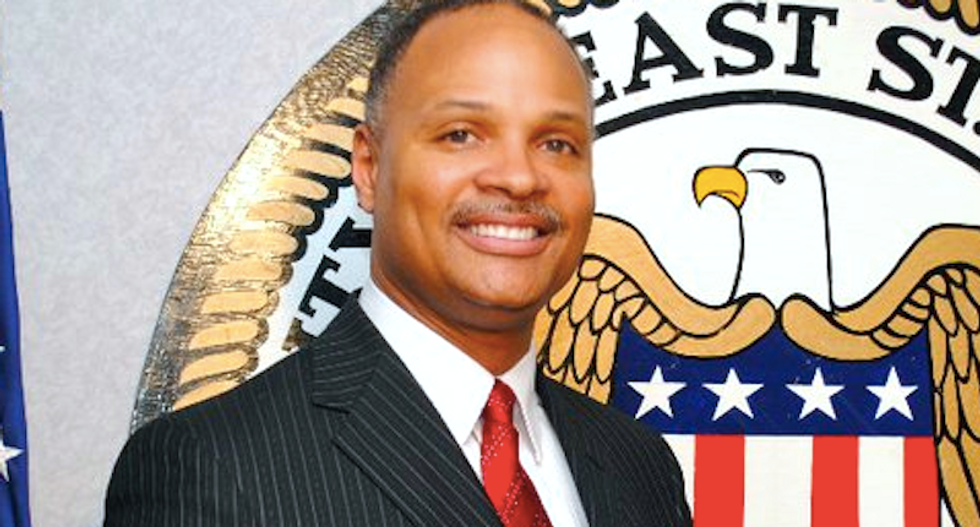 A black city official in East Saint Louis blurted out a racial slur after his recommendations were passed over for taxpayer-funded jobs.

Alvin Parks, a township supervisor, was angered after the township board rejected his choices for public positions and approved their own, reported the Belleview News-Democrat.

After the vote, Parks expressed his displeasure Thursday to about 50 people at the public board meeting.

“This is Amos-and-Andy n****r business," Parks said, referring to the radio and television show widely criticized as racist.

Parks publicly apologized several times during the meeting, the newspaper reported, but other board members said they were ashamed of his comments.

“I dropped my head in shame. I was shocked at Alvin,” said trustee Edith Moore. "All the time I have known him I have never seen him act like that."

Moore had led the fight against Parks to hire his sister, Lauren Parks, to a $40,000-a-year position as township operations manager and for city Democratic chief Lonzo Greenwood as a consultant for $25,000.

Parks gave up on those efforts and recommended two other candidates, but they were also passed over.

“I get nothing?” Parks asked at the meeting.

He had argued with the township board and clerk about a plan to add five full-time employees and one part-timer to the township's five current full-time workers, saying the township could not afford their salaries.

Moore told the newspaper the township had saved enough money to pay for the new hires by eliminating an administrator position and cutting another consultant's salary.