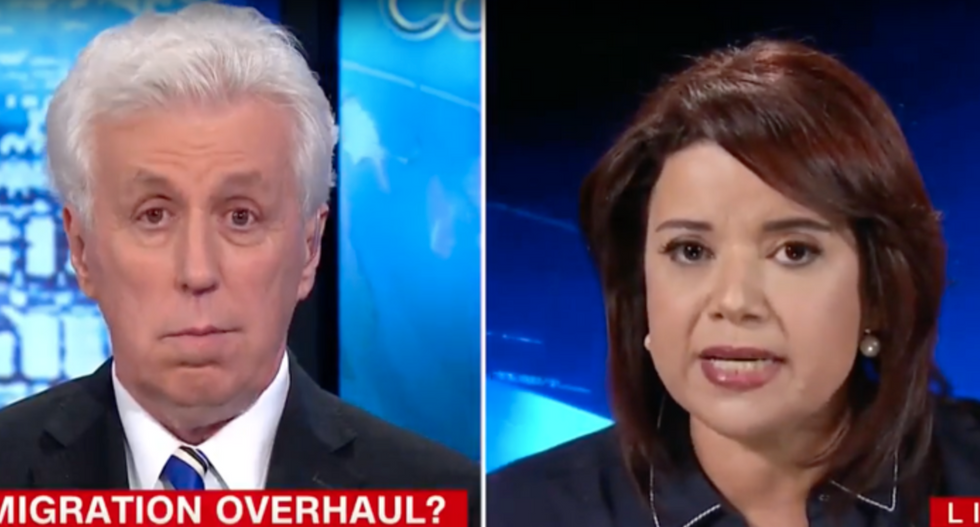 "This is yet one more wedge issue being fabricated by the Trump administration for the purpose of keeping his base happy," Navarro told CNN host Anderson Cooper. "It is absolutely racist to award a point system."

"I'd like to award points to people who don't wedge and pit Americans against each other," Navarro said.

"I live in a community which is full of people who came here without speaking English," Navarro explained of her Miami neighbors. "Including myself, including Marco Rubio's parents."

"It's absolutely racist and more than racist it's unAmerican," Navarro charged.

When CNN conservative Jeffrey Lord tried to defend Trump's nativism, Navarro provided him a history lesson in American immigration along with a stern lecture about race-baiting by President Trump.

"Nobody does more identity politics than the guy who tweets out against transgenders," Navarro added. "So if you want there to be no identity politics, my request to you is to start by telling the president ... to stop doing it himself."

Navarro also pointed out the hypocrisy of President Trump bashing immigrants for political purposes while his golf courses rely upon immigrant labor.

"If Donald Trump wants to start cutting down on legal immigration and having a points system, he could start by setting the example, himself," Navarro advised. "Maybe he stops employing foreign workers for his resorts because they are cheaper than American workers."

"It is going nowhere and it's nothing but another propaganda wedge issue by the Trump administration," Navarro concluded.

Navarro found Miller's press conference so "creepy" that she turned off her TV.