'Are you drunk?': Internet loses it after GOP rep posts ‘bizarre and racist’ Harambe eclipse meme 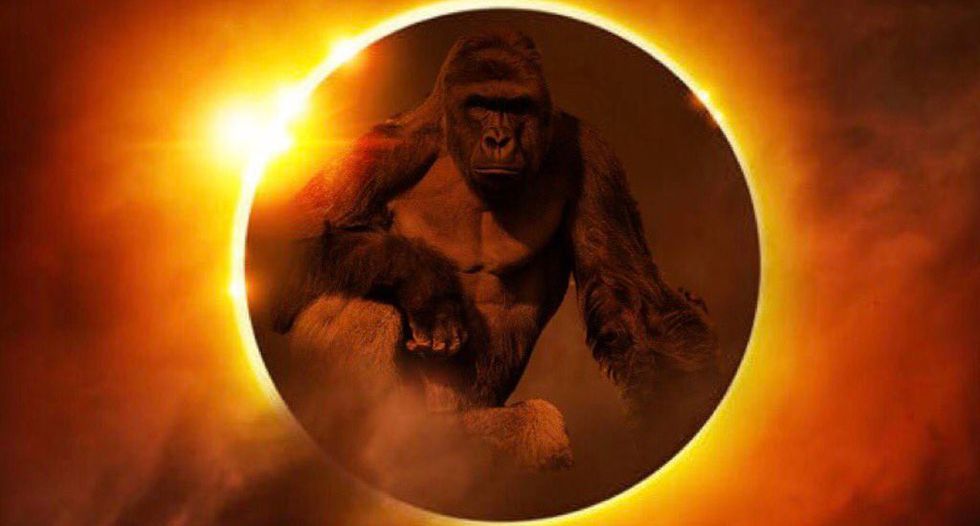 Looks like President Donald Trump's not the only one who looked directly into the eclipse.

On Monday, Rep. Steve King (R-IA) tweeted a photo from trip to return three injured children home to the East African country of Tanzania -- but with a few strange caveats.

"Got a great shot of the #eclipse from the air over Africa as we said goodby [sic] to the #TanzaniaMiracleChildren," King tweeted, accompanied by a photo of what appears to be Harambe the gorilla superimposed over a photo of an eclipse. The eclipse, it should be noted, was not visible from East Africa. 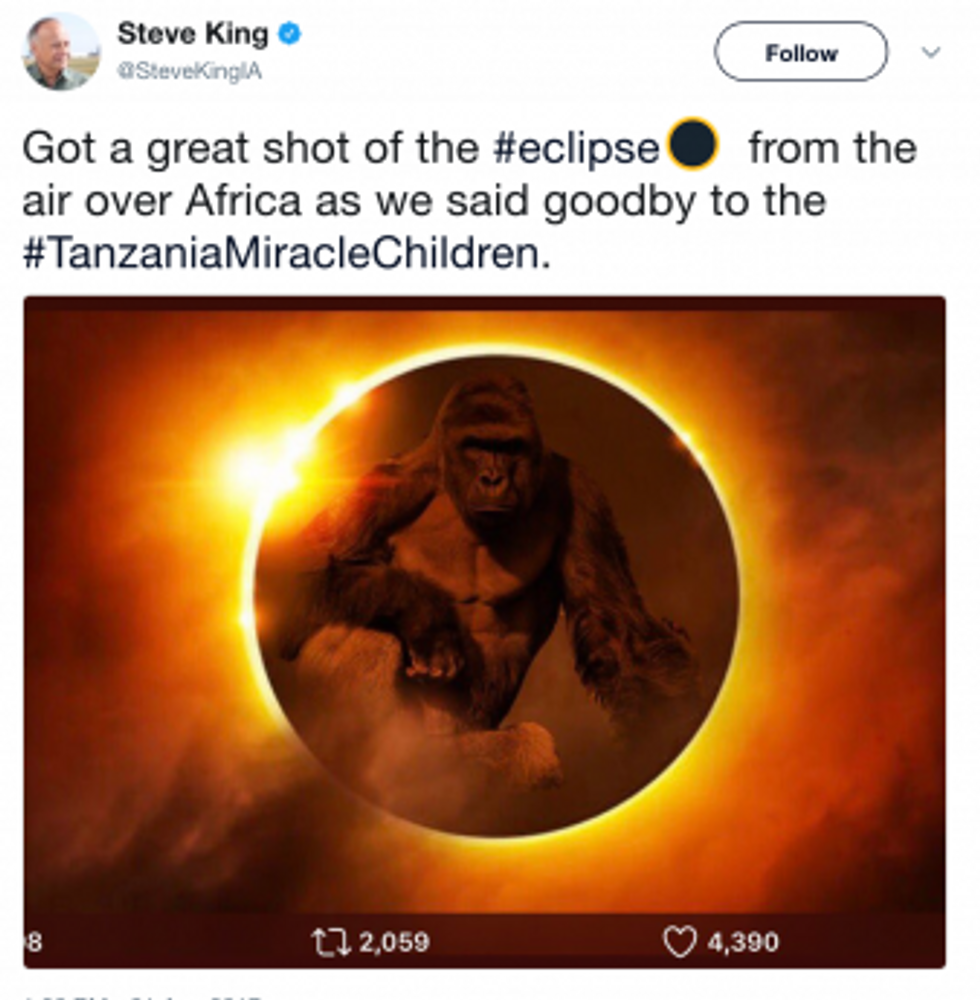 Screenshot of a tweet sent by Rep. Steve King (R-IA).[/caption]

Immediately after the tweet was posted, the Internet lost it.

"They said it couldn't be done," one user wrote, "but when people doubted an eclipse reaction could be both bizarre and vaguely racist, Steve King was ready."

"Can we all agree that Steve King is an idiot yet?" another said.

@Bencjacobs i seriously think Steve King tried to stare at the sun & ended up damaging his vision to point that he… https://t.co/HTh0ZAJflY
— amy spacebrain (@amy spacebrain)1503347950.0